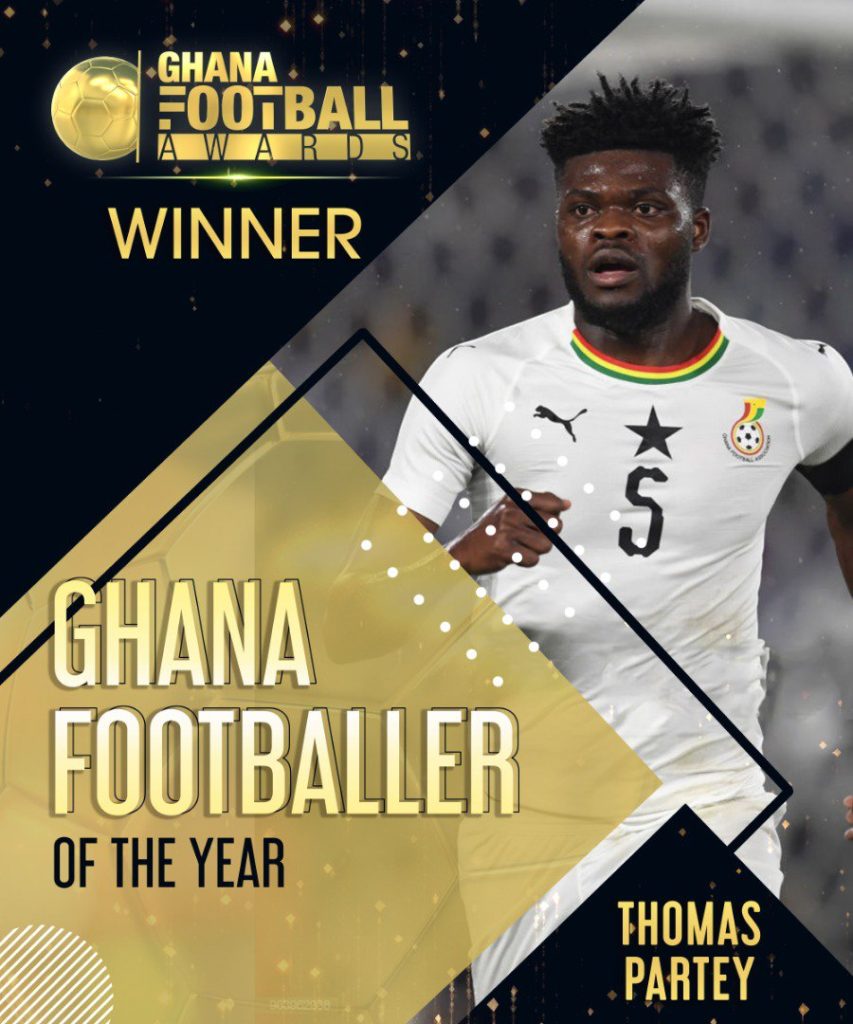 Thomas Partey and sensational Black Maidens attacker Abdulai Mukarama were big winners at the second edition of the Ghana Football Awards held in Accra on Sunday.

The awards gala held at the Mariot Hotel in Accra presented some glitz and glamour, with former and present footballers, as well as journalists and some top personalities in the country attending the event.

Abdulai Mukarama emerged female footballer of the year and was also awarded the rising star of Ghana football.

Below is the complete list of winners on the night:

Team Of The Year Asante Kotoko

Goal of the Year Joseph Esso – Heart of Oak