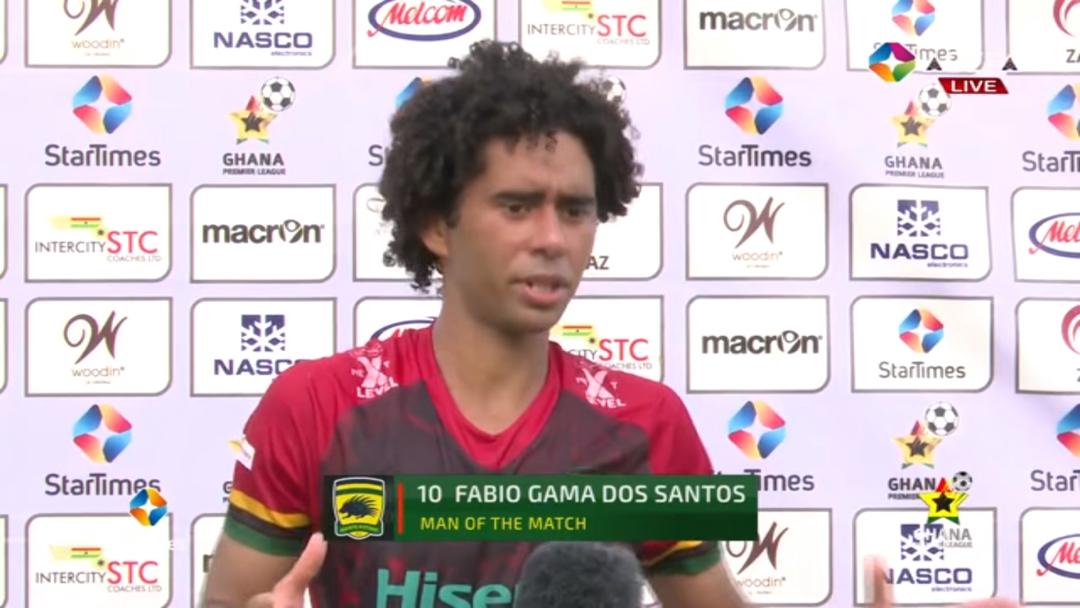 Fabio Gama was made NASCO Man of the Match after an impressive showcase in Asante Kotoko 4-0 win over Bechem United in a delayed Ghana Premier League fixture.

The Brazilian scored the second goal of the match on the nick of half time when he smashed in on a half volley inside the box.

It was his second goal for the club -all in league matches- and he dedicated it to his pregnant wife and unborn baby.

His skills and industry saw him register a hockey assist in the fourth goal scored by countryman Michael Vinícius Silva de Morais in the 83rd minute.