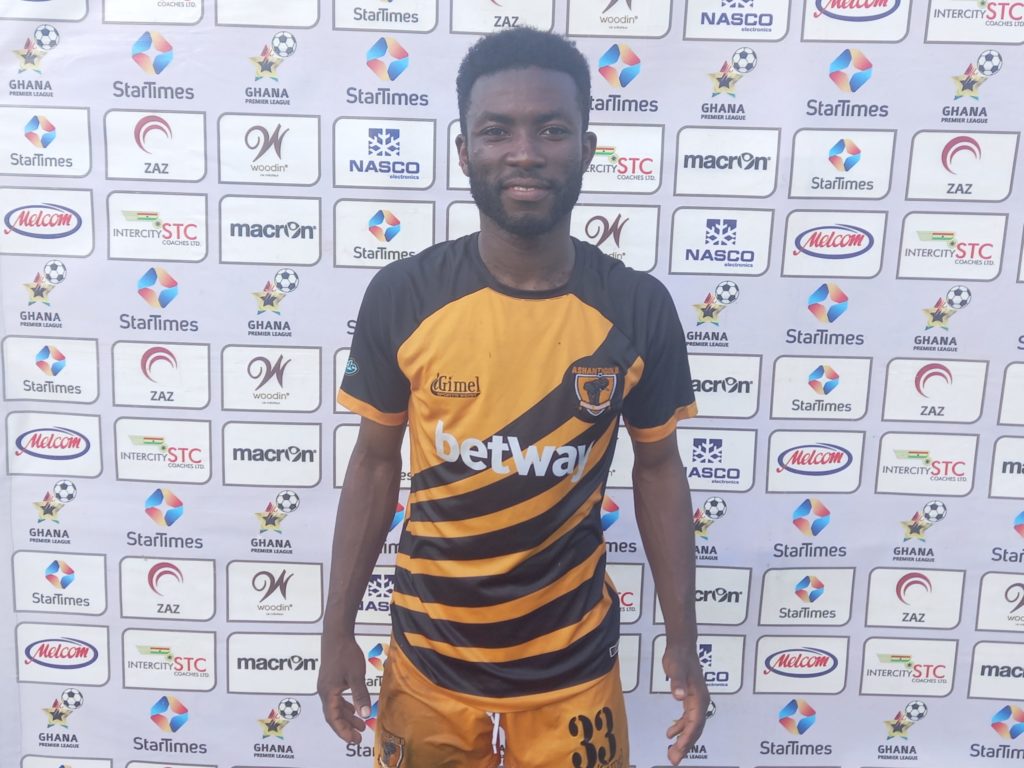 AshantiGold SC playmaker Seth Osei was adjudged most valuable player in their 1-0 win over Ebusua Dwarfs at the Len Clay Stadium in Obuasi on Sunday.

Osei made the only difference in the game as his solitary strike in the second half handed the Miners all the maximum points in the end.

AshantiGold were a awarded a penalty in the 35th minute after striker Mark Agyekum was brought down inside the box by goalkeeper Bright Quaye.

Agyekum elected himself for the spot kick but his effort was saved by goalkeeper Quaye.

Osei broke the deadlock of the match in the 54th minute with a beautiful finish after a brilliant solo run to past the Dwarfs defence.

The win ensured AshantiGold return to winning ways after drawing blank in the previous three matches in the premiership.