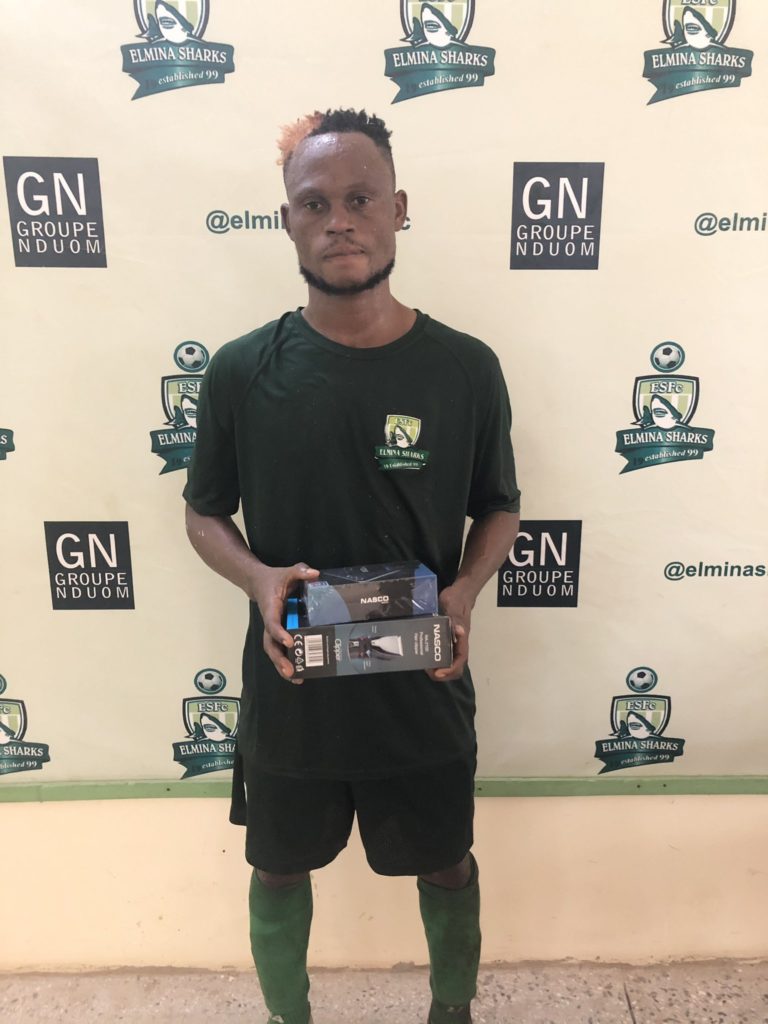 Elmina Sharks midfielder Benjamin Arthur was named the Man of the Match in their draw against Dreams FC on Sunday in matchday 11 of the Premier League.

The midfield dynamo bossed the middle of the park as Sharks disappointingly threw away their lead to draw 2-2 at the Ndoum Park.

The Man of the Match award was his second in the ongoing campaign.

Dreams FC had their noses in front after just five minutes when goal poacher Agyenim Boateng acrobatically smashed in a Joseph Esso assist.

Dreams nearly doubled their lead but the effort from former Hearts hitman Joseph Esso was tipped away by the Sharks goalkeeper.

With just few minutes left to half time, Sharks were awarded a penalty which was cleverly slotted home by Benjamin Tweneboah.

Sulemana Fahadu then produced a belter out of nowhere to level for Dreams FC.