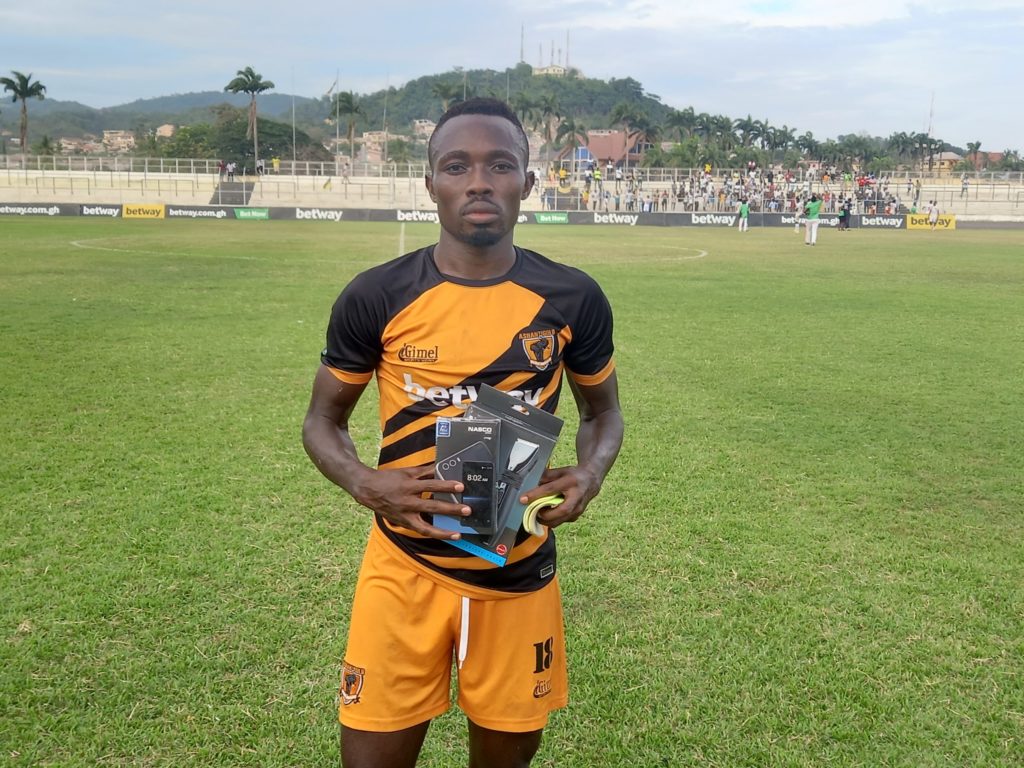 AshantiGold SC midfielder David Abagna Sandan was named man of the match when they drew 1-1 with Eleven Wonders FC on Sunday in the Ghana Premier League.

Wonders scored in the dying embers of the match to earn the vital point in the matchday 23 fixture.

Abagna scored his 8th goal of the season to open the scoring for AshantiGold in the 39th minute after being played through by Seth Osei.

He tried getting the second goal of the game with two attempts on goal which forced goalkeeper Michael Abu to produce top saves.

Wonders scored at the death to pull parity through substitute Abdul Ganiu Abass after the AshantiGold defenders were caught ball watching.