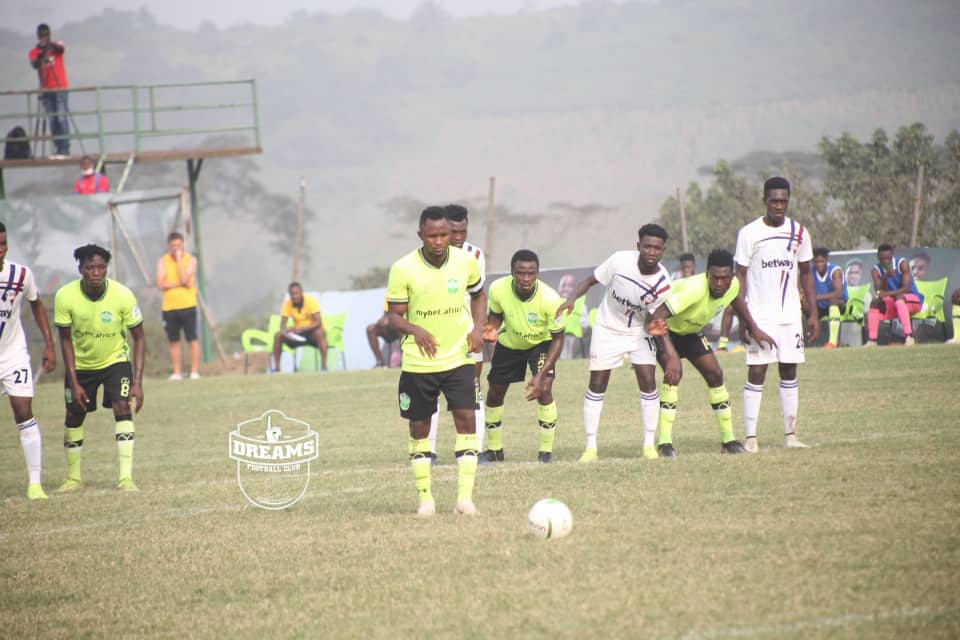 Dreams FC showed massive improvement in their 4-1 victory against Liberty Professionals on Matchday 10 of the ongoing Ghana Premier League on Sunday.

Dreams FC have failed to maintain their high standards despite signing some high-profile players prior to the campaign.

The Still Believe lads have picked only two wins in nine outings hence the club treated their Week 10 encounter against fellow strugglers Liberty Professionals as a path to redemption.

The Dawu-based outfit indeed had the best start in the game, going ahead through Agyanim Boateng Mensah in the 37th minute.

Joseph Esso, who’s one of the high-profile signings, delivered a telling blow to the visitors after slotting home his side’s second goal from 12 yards on the 40th minute mark.

The lead was however slashed four minutes later courtesy a superb goal by Daniel Antwi.

Dreams FC returned from the break with much desire to bury the game as they piled pressure on the visitors.

Their incessant display yielded after Agyanim Boateng fired home his second of the afternoon in the 73rd minute.

His striking partner Esso followed in the same fashion as the first half by hitting the back of the twine in the 89th minute.

The victory have elevated Dreams FC to 12th on the standings with 13 points.

Liberty Professionals have failed to pick a point in their last three games.