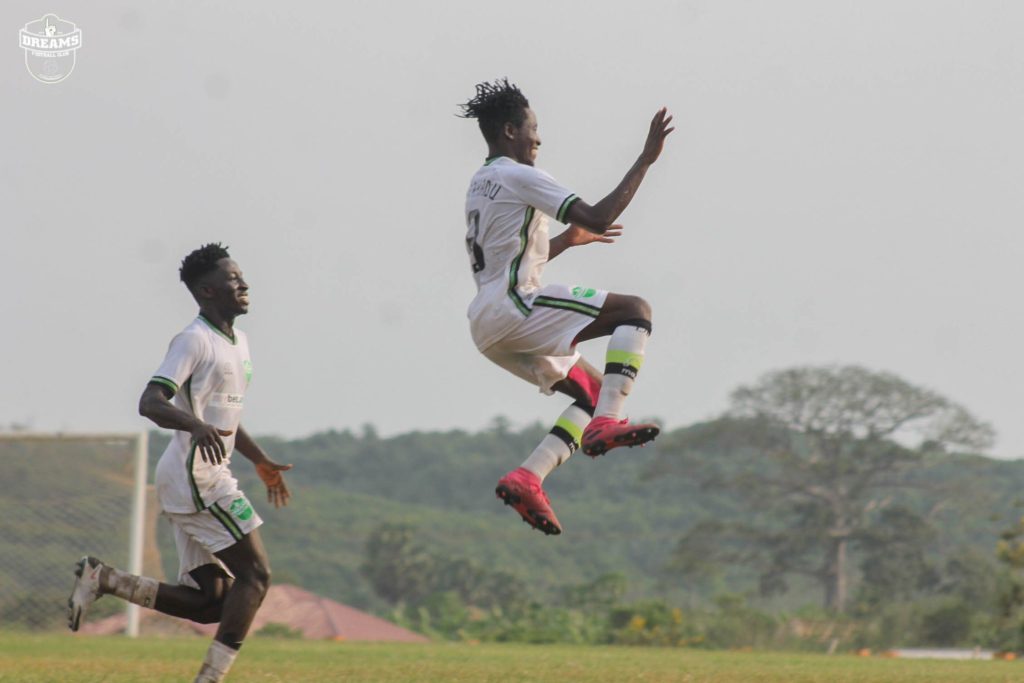 Dreams FC’s impressive away run under Vladislav Viric continued with another important draw in Elmina against Sharks.

The Still Believe lads who had two goals disallowed for offside, fought resolutely to draw 2-2 at the Ndoum Park.

The visitors had their noses in front after just five minutes when goal poacher Agyenim Boateng acrobatically smashed in a Joseph Esso assist.

Dreams nearly doubled their lead but the effort from former Hearts hitman Joseph Esso was tipped away by the Sharks goalkeeper.

Dreams FC had a penalty claim waved on by the referee after Esso looked to have been fouled in the box.

But with just few minutes left to half time, Sharks were awarded a penalty which was cleverly slotted home by Benjamin Tweneboah.

The visitors looked very determined after the break with Abdullai’s header cleared off line following a beautiful delivery from Esso.

Sulemana Fahadu then produced a belter out of nowhere to level for Dreams FC.

Agyenim Boateng thought he had given Dreams the lead after tapping in from close range only for the referee whistled for offside.

Ali Huzaif replaced Boateng as the clock run out.

Dreams FC are unbeaten in five games since the arrival of Serbian trained Vladislav Viric.