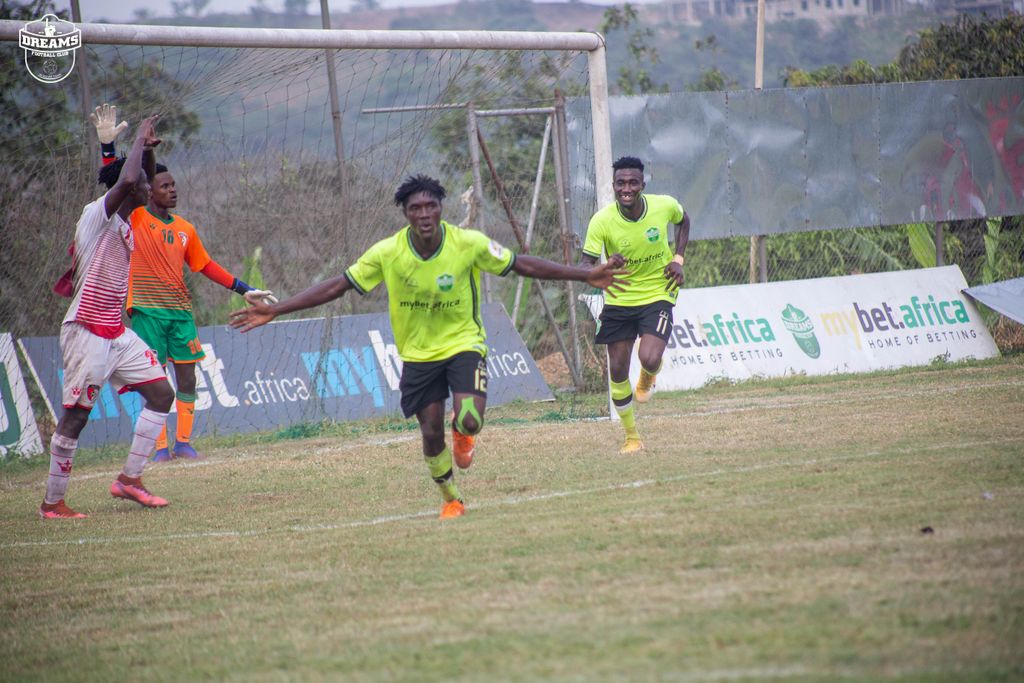 Dreams FC remain unbeaten in 2021 after defeating WAFA 3-0 at the Dawu Theater of Dreams on Wednesday afternoon.

Second half goals from Sulemana Fahadu and Issah Ibrahim ensured the host picked all three points on match day 12 of the Ghana Premier League.

Dreams FC started brightly and could have taken the lead after just two minutes when striker Joseph Esso was sent through, but WAFA were equal to the task.

Ten minutes later, Esso had a goal turned down for an offside by the assistant referee.

The ‘Still Believe’ lads had shouts of a penalty turned down after Sulemana Fahadu was brought down by WAFA goalie Owusu Boliver.

WAFA came close with five minutes remaining in the first half but Dreams FC goalkeeper Simon Agbasi produced a brilliant save to deny the visitors.

The game remained barren after 45 minutes, but it was the hosts who returned from the break very determined to take the lead.

Just nine minutes into the second half, Sulemana Fahadu unleashed a belter to hand Dreams the lead.

Dreams should have been two up moments later but Agyenim Boateng was slow to a pass from goal scorer Fahadu.

After a relentless spell of pressure from the Dawu based outfit, Issah Ibrahim then doubled the lead with a simple tap in.

And with the game almost over, Ibrahim added his second to make it 3-0 for Dreams.

The win extends Dreams FC unbeaten run to six games under the Serbian trainer, the longest unbeaten streak by a team in this season’s Ghana Premier League.