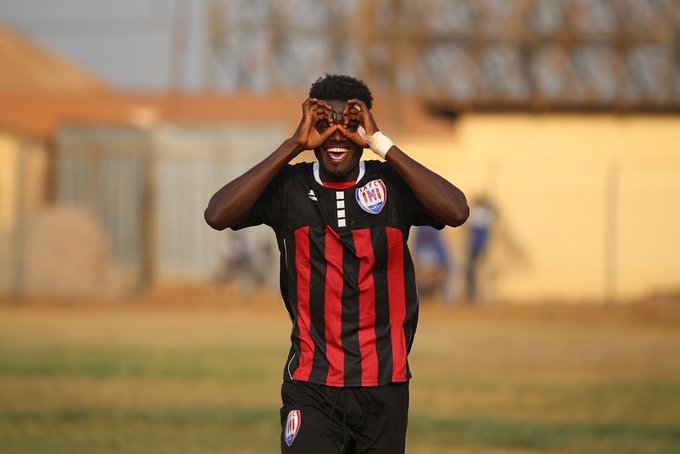 A late goal from the realms of football by substitute defender Hashmin Musa secured a 2-2 stalemate for Inter Allies against Liberty Professionals in Week 14 of the 2020/21 Ghana Premier League on Sunday.

Inter Allies were hoping to continue their dominance over the Scientific Soccer lads ahead of the Matchday 14?clash at the Dansoman Karl Reindhorf Park.

The Capelli Boys have played their opponents twelve (12) times since their promotion to the elite division in 2013.

It is Danijel Mujkanovic’s charges who have the upper hand against their hosts, after winning six (6) games and losing five (5), with one (1) ending a stalemate.

Allies were in no mood to let their guard down in this particular fixture as relegation beckons.

The visitors had a dream start to the game after Suleman Nafiu put them ahead in the 22nd minute.

Allies held onto the slim advantage until referee Selorm Kpormegbe blew his whistle for half time.

Liberty Professionals however returned with a different determination in their bid to get back in the match.

Despite their improved second half display, Liberty Professionals were stifled by defensive wall of Inter Allies.

David Ocloo’s side kept probing for the equalizer before getting their wish in the 68th minute through Stanley Ampaw.

The hosts continued pushing for the go-ahead goal but were unable to convert the half chances that went their way.

But it wasn’t long before Liberty Professionals took the lead for the first time in the match after referee Kpormegbe handed them a penalty in the 72nd minute.

Enterprising attacker Abraham Wayo stepped up to bury the resultant spot kick to give his a 2-1 lead.

With the game looking to Mujkanovic brought on Hashmin Musa, who had missed the last two games through injury, in place of Richmond Lamptey.

The substitution work perfectly well as the towering guardsman headed home the leveler on the 95th minute mark.

Inter Allies also remain bottom of the standings with just 8 points from 14 matches.