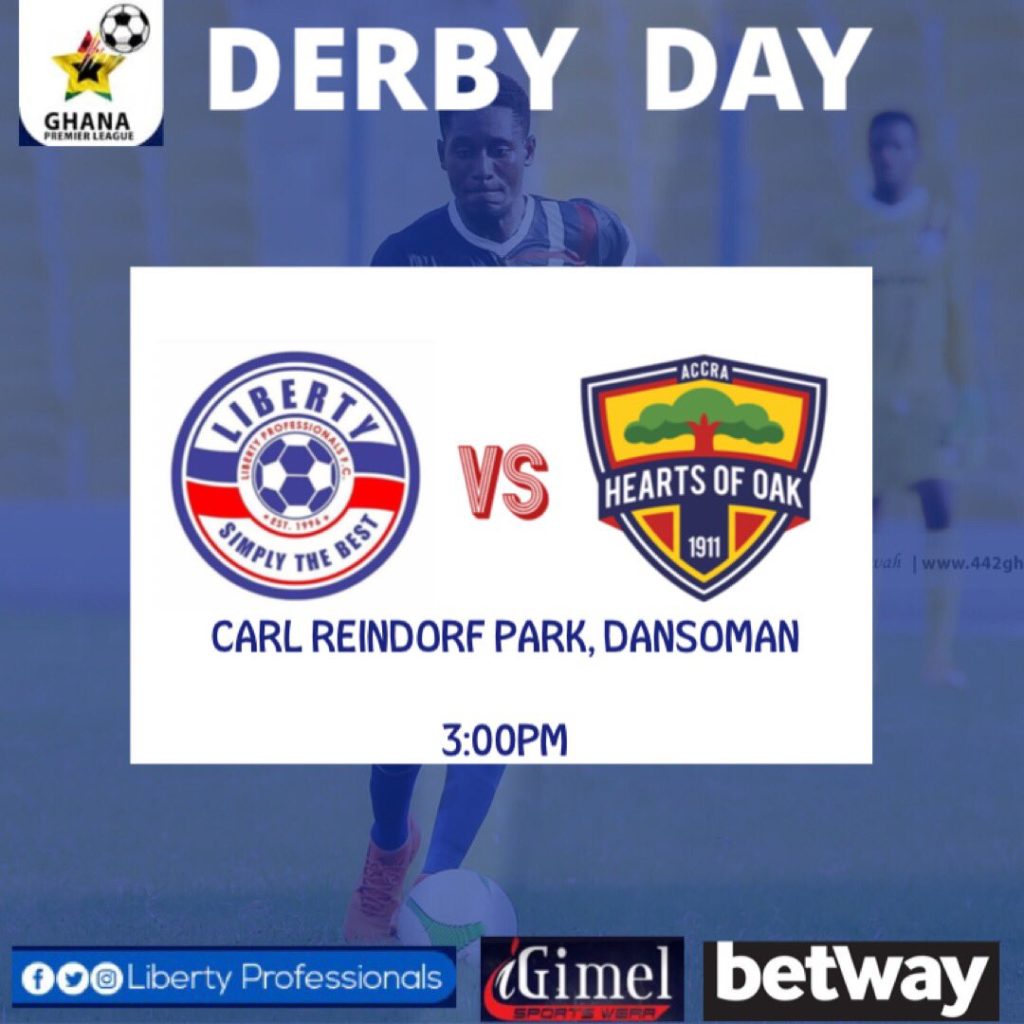 Liberty Professionals will welcome troubled Ghanaian giants Hearts of Oak to the Carl Reindorf Park on match day 16 of the Ghana Premier League.

The Dansoman based lads are enduring a difficult campaign having won only two of their last nine games, including a surprising victory in Obuasi against Ashantigold.

Pressure keeps mounting on coach David Ocloo who is expected to turn the tides around as matches come thick and faster.

Meanwhile, Hearts of Oak ended a run of poor results which culminated with the departures of members of the technical team with victory against Ebusua Dwarfs on Sunday.

The win is expected to boost confidence at the crestfallen heavyweights as they fancy their chances in Dansoman.

The last time the Phobians were in Dansoman they defeated their local rivals 2-1.

With a substantive coach yet to be named, Samuel Nii Noi will act as interim coach.

Victor Aidoo and Kwadjo Obeng Jnr are the club’s leading scorers and look potent this season, with the former bagging a brace against Dwarfs.

Patrick Razak is expect to start despite the cut to his eye in the match against Dwarfs over the weekend.

Liberty’s Abraham Wayo has been his side’s most potent weapon but the goals are yet to flow.