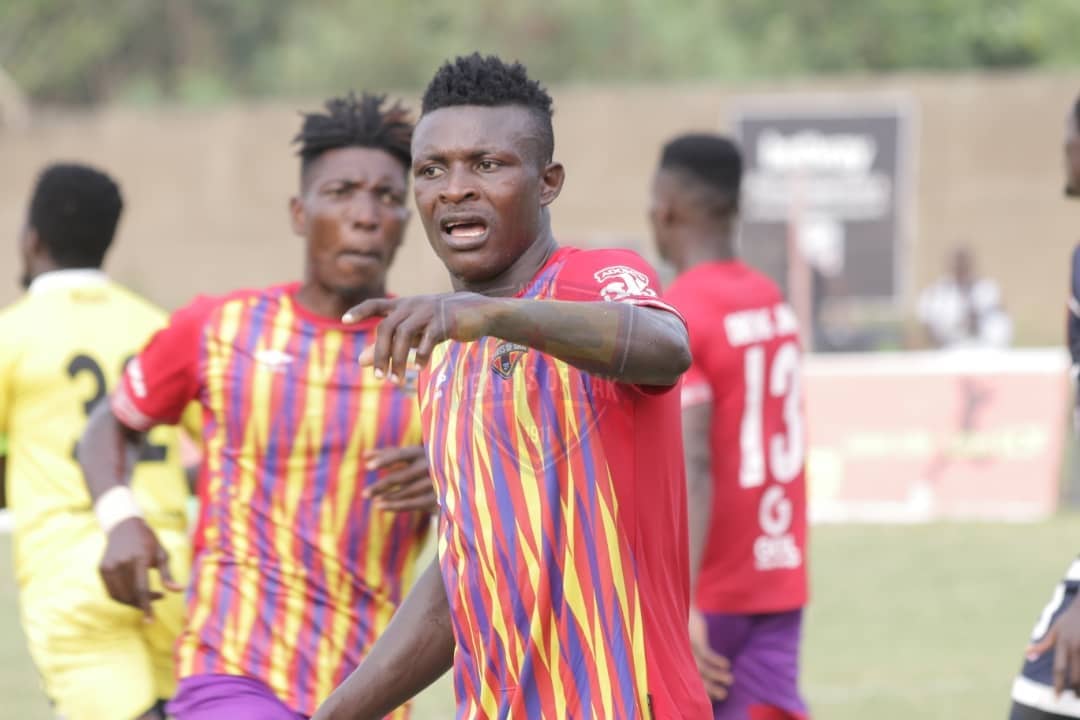 Super-sub Isaac Mensah once again produced magic for Hearts of Oak after climbing off the bench to score the winner against Liberty Professionals on Wednesday.

The young forward took only six minutes to announce his presence on the pitch by slotting home from close range.

The Scientific Lads had the game under control in the early exchanges and winger Abraham Wayo came close to giving the hosts the lead but his effort was deflected away, before Simon Asamoah pulled a save from Hearts goalie Richard Attah.

The Phobians’ best effort in the half came when Emmanuel Nettey’s long range drive was calmly collected by Liberty goalkeeper Kofi Baah.

With just ten minutes to the break, Kweku Karikari and Abraham Wayo combined to create a great chance which the latter failed to pounce on.

The Phobians also effected their first change of the game with Benjamin Afutu replacing William Dankyi.

Match winner and super sub from the game against Dwarfs, Isaac Mensah was given another opportunity as he came on for Kwadjo Obeng Jnr.

Mensah took the opportunity by tapping home just six minutes after coming on to hand the Phobians an important lead.

Samuel Nii Noi threw his last substitute on after replacing Patrick Razak with Mitchele Sarpong as the clock tickled down.

The game ended with the Phobians recording back to back wins for the first time since the departure of Kosta Papic.