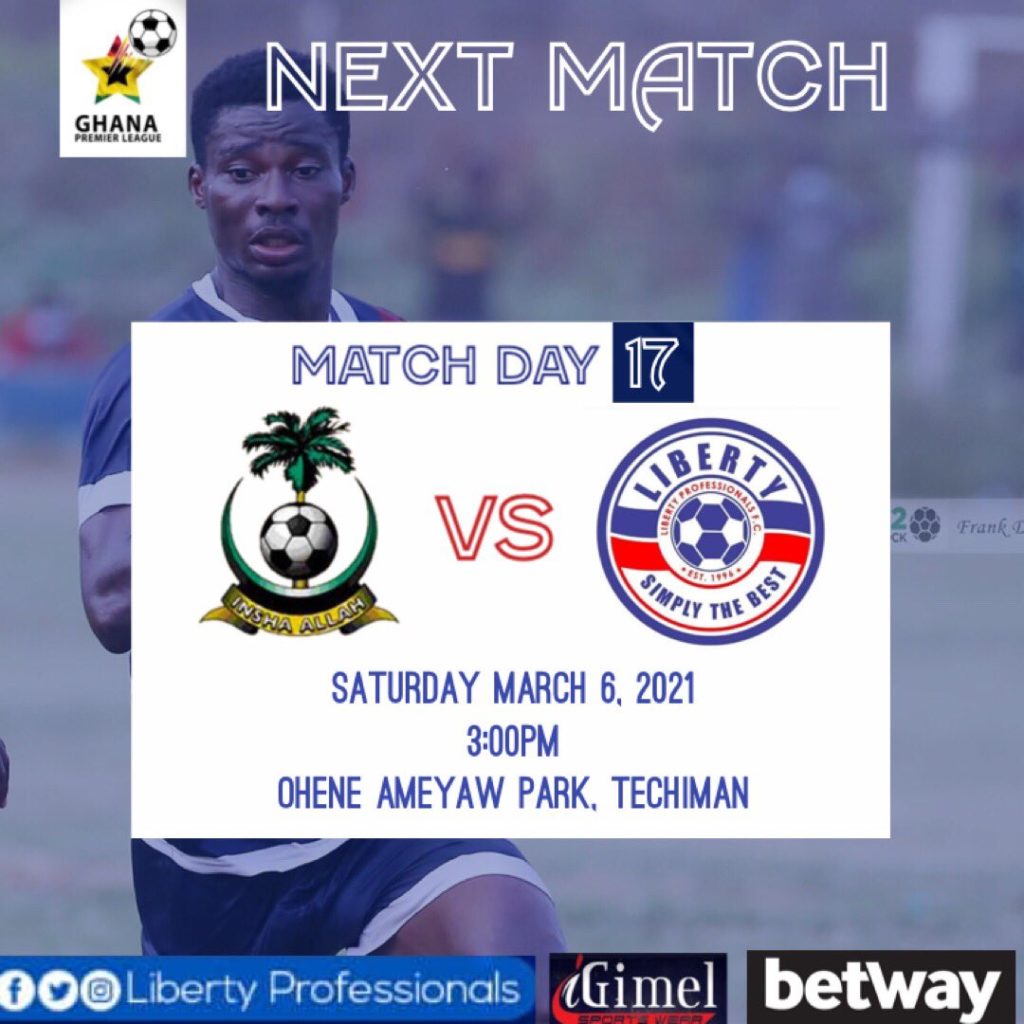 King Faisal host Liberty Professionals in this matchday 17 fixture of the 2020/21 Ghana Premier League at the Ohene Ameyaw Park in Techiman on Saturday.

The two teams lost their respective matches on matchday 16 and will be hoping to bounce back with a win in this fixture.

King Faisal lost away to Ebusua Dwarfs by a lone goal at the Cape Coast Stadium in that mid-week fixture whilst Liberty Professionals were beaten at home by Hearts of Oak by 1-0.

The two teams are bottom on the league table and will also be battling it for the three points as relegations loom for the two sides as the first round of the league comes to an end this week.

King Faisal look the stronger side as they have recorded two wins in their last two games at the Ohene Ameyaw Park.

Liberty Professionals has recorded just one away win in their last three games on the road.

The 'Insha Allah boys' led by their talisman Kwame Peprah will be leading the home side as they fight to clinch all three points against the Scientific Soccer Lads.

A win for King Faisal will see them overtake Liberty Professionals on 16th position with 15 points.