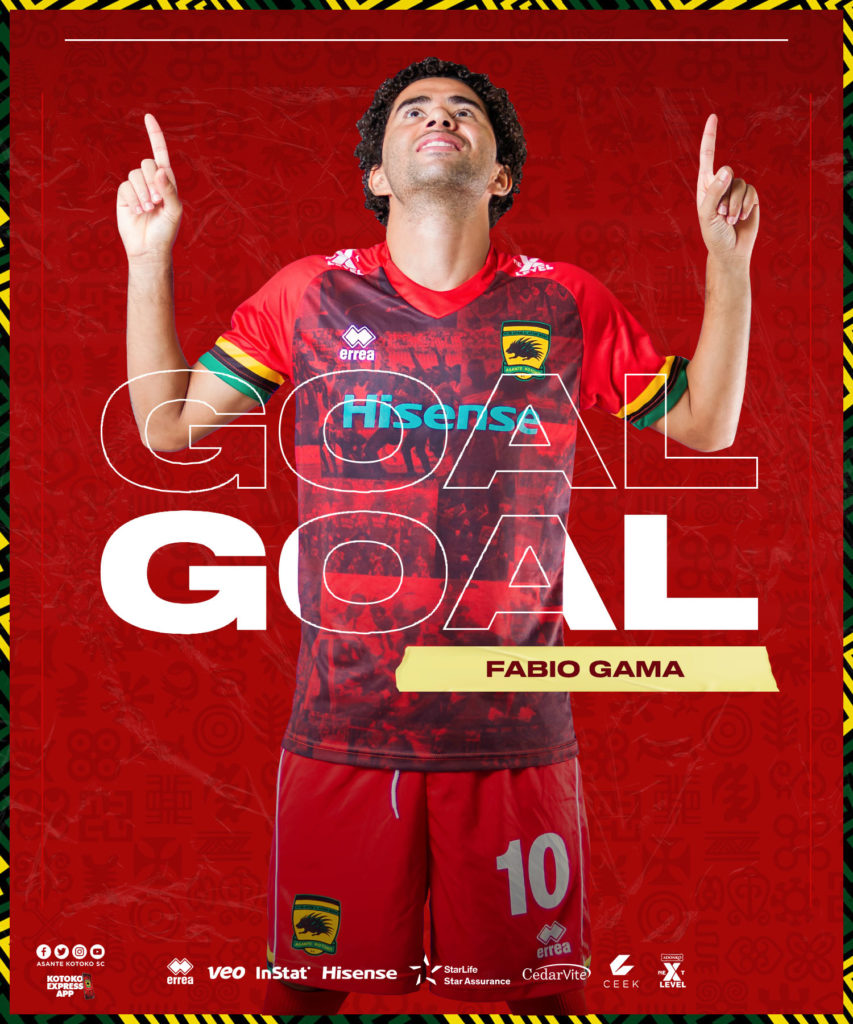 Fabio Gama's early strike for Asante Kotoko was cancelled out by Eleven Wonder's Samuel Boakye as the two teams shared the spoils in this matchday 18 fixture of the 2020/21 Ghana Premier League at the Ohene Ameyaw Park in Techiman.

The scoreline was a repeat of the first leg between the two sides at Accra Sports Stadium.

Asante Kotoko scored first through Brazilian Fabio Gama in the opening minute of the game.

It was his first goal of the season for the Porcupine Warriors. Gama hit the ball past the Eleven Wonders goalkeeper to the far left corner of the post.

Michael Osei nearly got the equalizer for Eleven Wonders but Asante Kotoko defender Mubarik Yusif was quick to intercept the striker's cross to corner.

In the 35th minute, Razak Abalora came off his line in an attempt to push the ball from the head of an opponent. The goalkeeper misses the ball but Abdul Ganiyu is alert and clears the danger.

Samuel Boakye headed in a cross from Rasheed Mohammed in the 40th minute to the equalizer for the home side.

Wonders found the back of the net through Boahen in the 43rd minute but the goal was ruled out for offside.

Kotoko goalkeeper Abalora came up with a good save to deny Samuel Boakye effort at the edge of the box in the 48th minute of the second half.

Samuel Boakye of Eleven Wonders was a constant threat to the Asante Kotoko defence but could not put the ball at the back of the net for a second goal of the game.

Asante Kotoko will move to third position on the league log with 28 points.