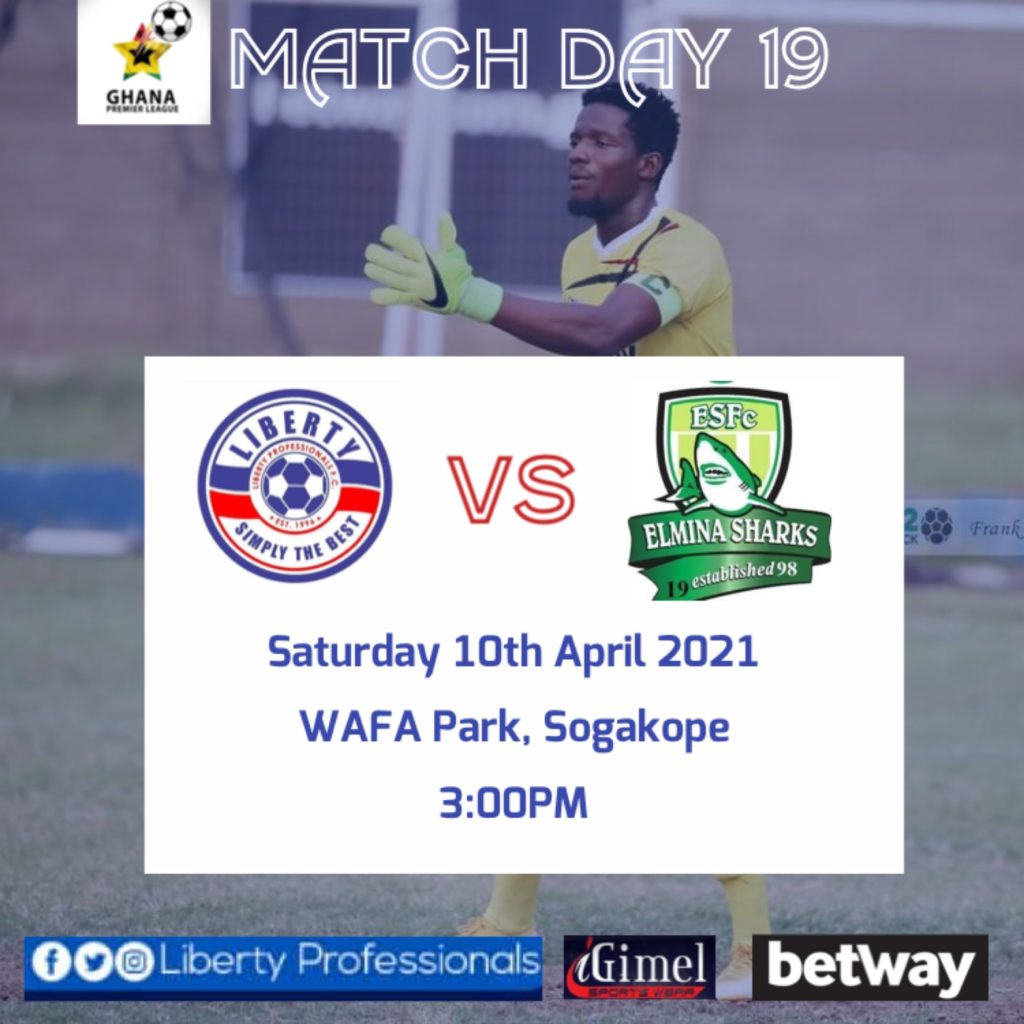 Relegation-threatened Liberty Professionals host Elmina Sharks at the WAFA Park, Sogakope in this matchday 19 fixture of the 2020/21 Ghana Premier League.

The Accra-based side has moved their game to WAFA after their stadium was closed down by the Club Licensing Committee.

Liberty Professionals lost their opening game in the second round to Bechem United at the Nana Fosu Gyabour Park on matchday 18 and will be seeking to bounce back with a win in this game.

The game ended 2-0 as Liberty recorded their ninth defeat of the season.

According to reports, the management of the team in a bid to save the side from relegation has appointed FIFA U2O World Cup winner Sellas Tetteh as head coach for the remaining games of the season.

Sellas Tetteh trained with the side this week and will be at the touchline on Sunday when the team takes on Bechem United.

Liberty Professionals have been poor this season and will be hoping to stage a comeback to avoid relegation in the second round.

Elmina Sharks recorded a win against Ebusua Dwarfs in the Cape Coast derby on matchday 18.

Sharks have been tipped as favorites in this game due to Liberty Professional inconsistency in the ongoing campaign.

The game could be tricky for the two sides with Liberty Professional in dire need of a win to move up the drop zone.

Elmina Sharks on the other hand will also be looking forward to building on their impressive start in the second round with a positive result against Liberty Professionals.