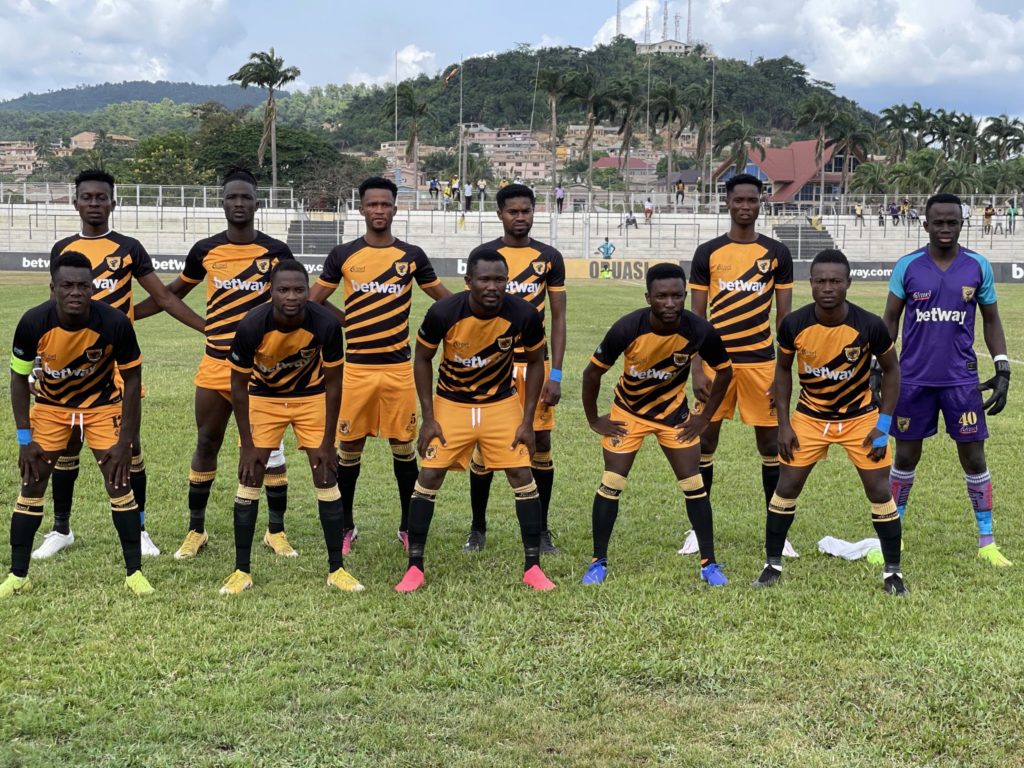 AshantiGold SC will be at the Len Clay Stadium in Obuasi to welcome Eleven Wonders FC in a matchday 23 fixture of the Ghana Premier League.

The Gold and Black outfit go into the game with the aim of recovering from last week's slumber in the hands of Elmina Sharks FC.

AshantiGold were handed their first defeat in the second round of the season despite taking the lead at the Nduom Sports Complex.

The Miners had two wins and two draws from the previous four games before suffering the loss to Sharks.

Head coach Romain Folz and his assistant Manu Rodriguez have absconded ever since and won't be available for this Sunday's match.

Assistant coach Thomas Duah has been tasked to lead the team to face Wonders.

AshantiGold are 9th positioned on the league standings with 30 points from 22 matches having scored 34 goals and conceded 27.

Winger Yaw Annor is expected to return to the team for this game after missing last week's trip to Elmina.

Wonders ended their four-match winless streak last week coming from a goal down to beat Aduana Stars 2-1 at the Ohene Ameyaw Park in Techiman.

This is giving them some hope as they make the journey to Obuasi to face the highest scoring team in the league this campaign.

Wonders are looking for their very first back-to-back victories in the premiership this season with Sunday's game in sight.

Last week's win against Aduana took them from the relegation zone to the 14th position on the league table.

A defeat on Sunday could see them back in the drop zone if Liberty Professionals and Legon Cities FC win their respective matches.

Head coach Ignatius Osei-Fosu has been recalled to the lead the to Obuasi after he was asked to step aside in the last two matches.

A fortnight ago, Wonders hosted Liberty at the Len Clay Stadium where they were beaten 1-0.