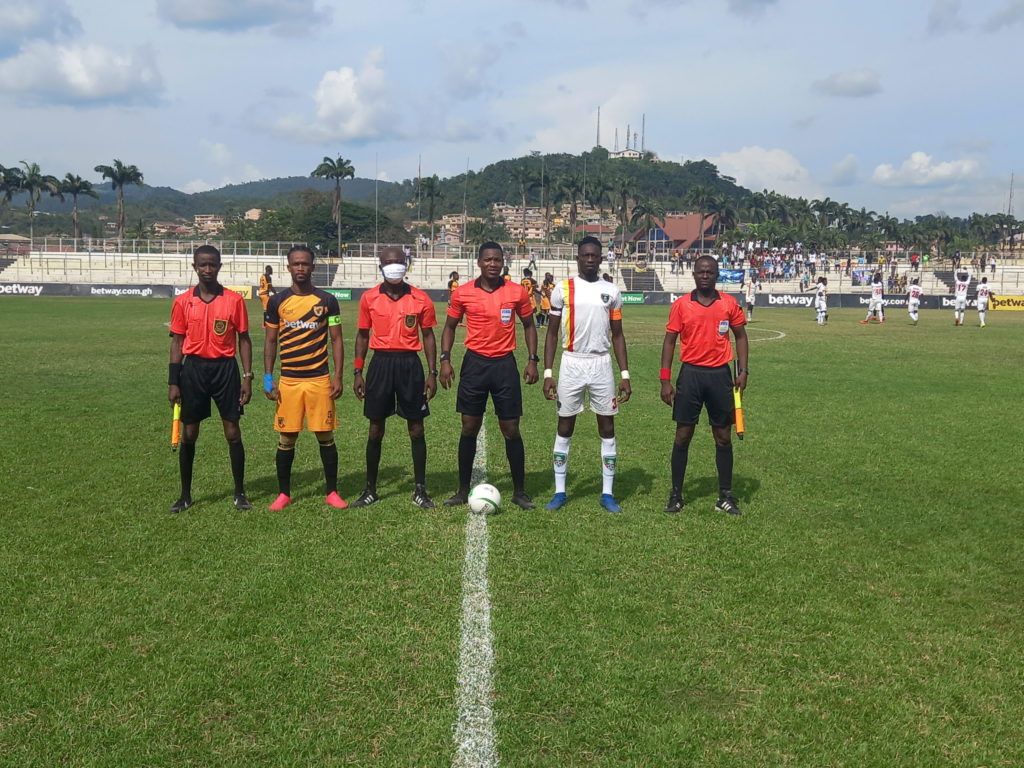 Eleven Wonders FC scored a last minute goal to earn a vital point at the Len Clay Stadium on Sunday as they held AshantiGold SC to a 1-1 stalemate.

The draw cushions Wonders in their relegation dogfight as they remain at the 14th position of the premiership standings with 26 points.

AshantiGold sit at the 10th place on the league table after failing to advantage of their home ground.

Assistant coach Thomas Duah made five changes to the AshantiGold side that lost 2-1 Elmina Sharks FC last week at away.

Empem Dacosta was preferred at the right back position to Kwadwo Amoako whilst Amos Kofi Nkrumah came in for Sammed Mohammed at left back.

Eric Esso returned from suspension to take his place in midfield along with Yaw Annor and Dacosta Boadu who replaced Amos Addai and Isaac Opoku Agyemang respectively.

Duah sat in as head coach in place of Frenchman Romain Folz who absconded after the Sharks game.

Wonders head coach Ignatius Osei-Fosu on his return to the dugout made three alterations to the squad that beat Aduana Stars 2-1 last weekend.

Osei-Fosu was asked to step aside in the last two games.

Alex Asamoah was also handed a start against his former club.

David Abagna Sandan made the only difference in the first half as he gave AshantiGold the lead in the 39th minute after connecting a pass from Seth Osei.

Abagna has been on the scoresheet for a third consecutive time with that goal.

Wonders left it very late in the game to level matters as substitute Abdul Ganiu Abass scored at the death to earn a vital for them.

The AshantiGold defenders were caught ball watching when the goal was scored.

The Miners travel to Berekum Chelsea in their next match on Wednesday whereas Wonders welcome Inter Allies FC at the Ohene Ameyaw Park same day.