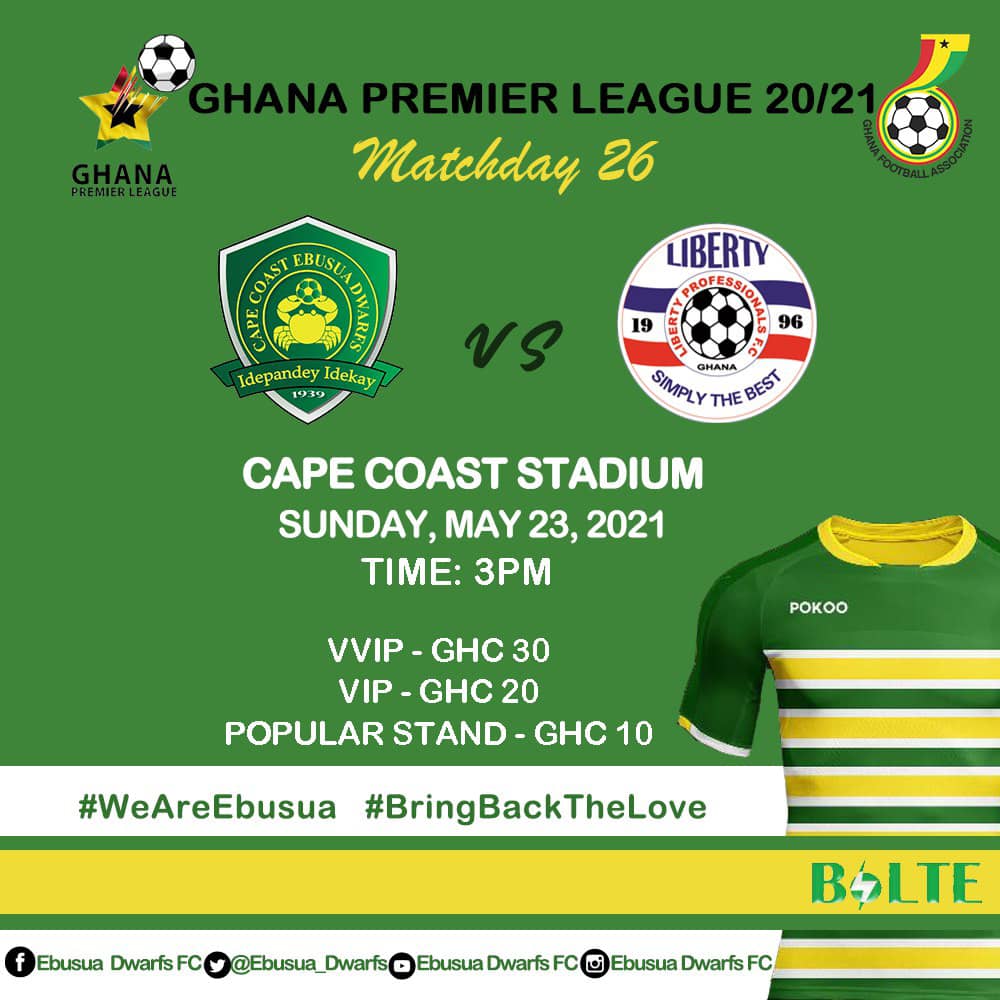 Ebusua Dwarfs will be putting to bed a troubled week that saw them slip to 14th position after they lost 3points following the premature end to their game against Legon Cities as they host Liberty in Cape Coast on Sunday.

Having drawn their last game against Dreams FC last week, the Cape Coast based club were declared losers of the game between them and Legon Cities after the referee ended the game at half time for fear of his life following abuse before the break.

Since thumping Great Olympics 4-1, Dwarfs have drawn once and lost three games in their last five matches leaving them just two points above relegation zone.

They rivals on Sunday, Liberty Professionals have been on a decent run despite struggles to win matches. They have drawn two of their last five games.

Meanwhile, Liberty Professional have been heavily reliant on winter Abraham Wayo to produce the goods. Experienced defender Evans Owusu will be leading from the back.

A win for either side will boost their chances of escaping the drop but Andy Sinason, who is coach of Liberty, know how important avoiding defeat will be to his team.