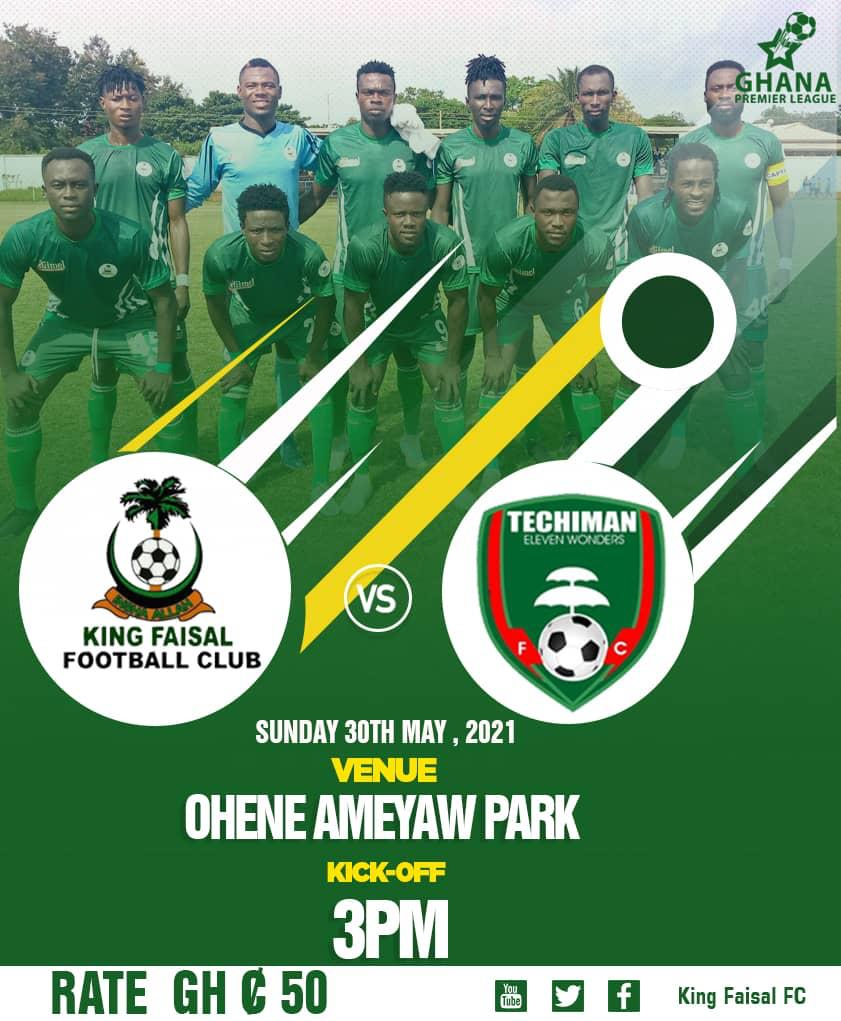 King Faisal will hosts their landlords Techiman Eleven Wonders in a fierce relegation battle at the Ohene Ameyaw Park on Sunday.

The In Sha Allah Boys managed to move out of the bottom three after back to back victories in the Ghana Premier League.

However, they are just a point above the drop and sitting just a place ahead of their opponents on Sunday.

King Faisal's victories over Inter Allies and Elmina Sharks comes at a crucial point in the season as they continue their quest to stay up.

Meanwhile, Techiman Eleven Wonders have been on a bad run, winning just a game in their last five matches.

The Ohene Ameyaw Park owners have struggled since the departure of talisman Salifu Ibrahim to Hearts of Oak.

The Techiman based club failed to find his replacement during the second transfer window.

However, King Faisal strengthened their squad with the signing of Eric Donkor, Paul Aidoo and goalkeeper Danlad Ibrahim, who seems to be making the difference.

King Faisal will have to be weary of their poor record against Eleven Wonders, having lost in their previous two meetings.

Ahead of tomorrow's clash, King Faisal bankrolled Alhaji Grusah has called for tight security due to the importance of the game in determining the future of both teams.