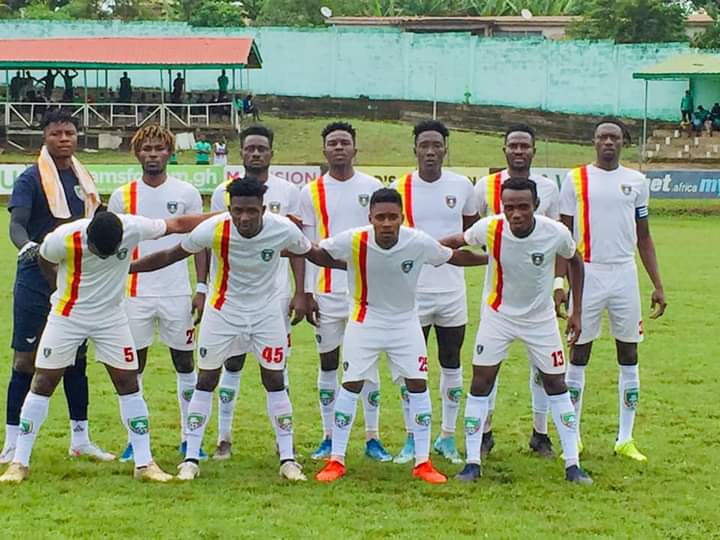 Eleven Wonders FC took another step forward in their relegation dogfight on Sunday when they beat Berekum Chelsea at the Ohene Ameyaw Park in Techiman.

The fixture was initially scheduled for Saturday but due to heavy rains it was rescheduled for the next morning.

Wonders recorded a 3-1 victory over the regional rivals to cushion them in their fight against relegation in the premiership.

Wonders trainer Ignatius Osei-Fosu made two alterations to the squad that lost 2-1 to Dreams FC in the last round of the league.

Chelsea coach Seth Hoffman also made two changes to the team that beat Elmina Sharks FC 2-1 in Berekum in the midweek.

Nasiru Osman Ebla took the place of captain Abdul Basit whereas Stephen Sarfo was the replacement for Kofi Owusu in the first XI.

Wonders got their noses in front in the 22nd minute following a nice finish by Ghana U23 forward Samuel Boakye.

Chelsea pulled one back with a goal from Bright Amponsah.

Abdul Ganiu Abass put the icing on the cake for Wonders with his 3rd goal in a third consecutive match in the 77th minute of the encounter.

Wonders now move to the 13th position on the league standings with the vital win where they have 36 points, three more ahead of the drop zone.

Chelsea remain at the 11th place on the log despite the defeat with 37 points from 31 matches.