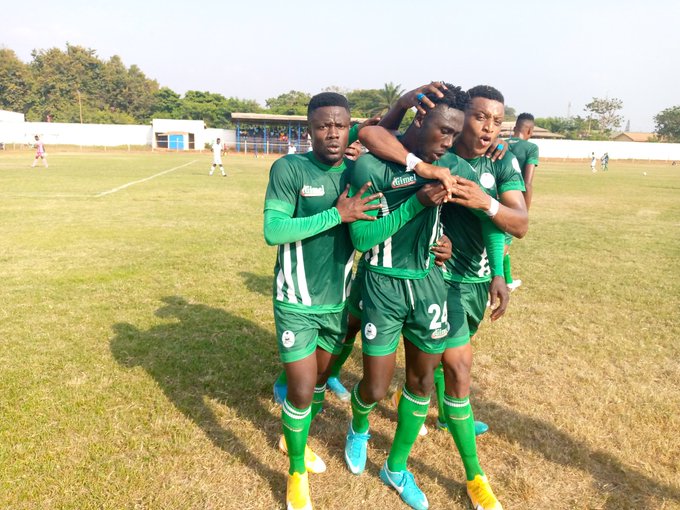 Fellow strugglers King Faisal and Dreams FC settled for a pulsating 1-1 draw on return of Ghana Premier League action after the Christmas break in Techiman on Friday.

Kwadwo Frimpong put the home side in front in the first half before a deflected shot ensured both teams shared the spoils at the Nana Ameyaw Park.

Kwame Peprah unbelievably hits the ball wide after he was nicely put on goal by Kwadwo Frimpong.

There as also another miss by Wadudu Yakubu, the midfielder had a gift from the goalkeeper, run the keeper to his right but hits the side net with his final delivery.

Kwame Peprah does well again to outwit his marker on 23 minutes, finds Albert Mensah infront of the penalty box but  his shot went wide.

Wadudu Yakubu nearly gave King Faisal the lead as early as the 5th minute but his shot was blocked by Abdul Jalilu.

Dreams FC's Emmanuel Ocran was brought down been by Faridu Joseph, quickly effected it by the visitors but Mutawakilu cleared the danger.