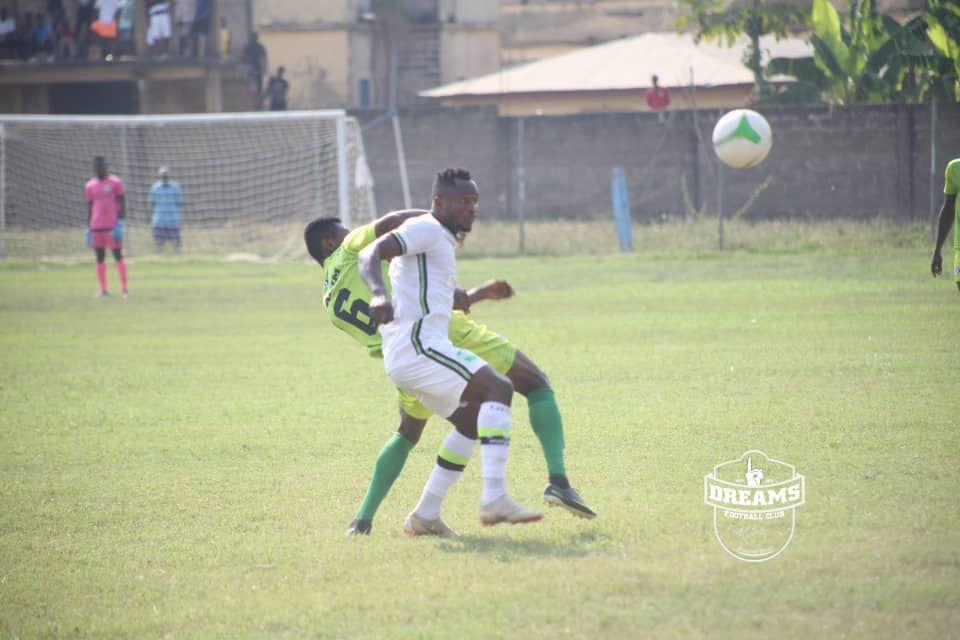 Bechem United are now three games without a win after settling for a pulsating 1-1 draw at the Nana Gyeabour Park against Dreams FC.

The Hunters have now failed to win their last two games after back to back draws against King Faisal and Dreams FC.

Although they started today’s game the brightest of the two sides, earning a tenth minute penalty which was converted by captain Moro Salifu.

United struggled to kill the game despite the chances that came their way.

The visitors were however dealt a huge blow in the first half when they were forced to make an early changed following an injury to Emmanuel Ocran, who was replaced by Issah Ibrahim.

Dreams FC had their own chances but an important clearance from defender Abdullah kept the scores at 1-0 before half time.

The ‘Still Believe’ lads made a couple of changes including bringing on two goal hero from the game against Dwarfs, Precious Boah who replaced Abel Manomey.

With the game entering it final minutes, Dreams FC won a penalty which was converted by Issah Ibrahim.

Bechem United have now dropped points at home in consecutive games for the first time this season with Dreams FC enjoying a decent run under their new gaffer.