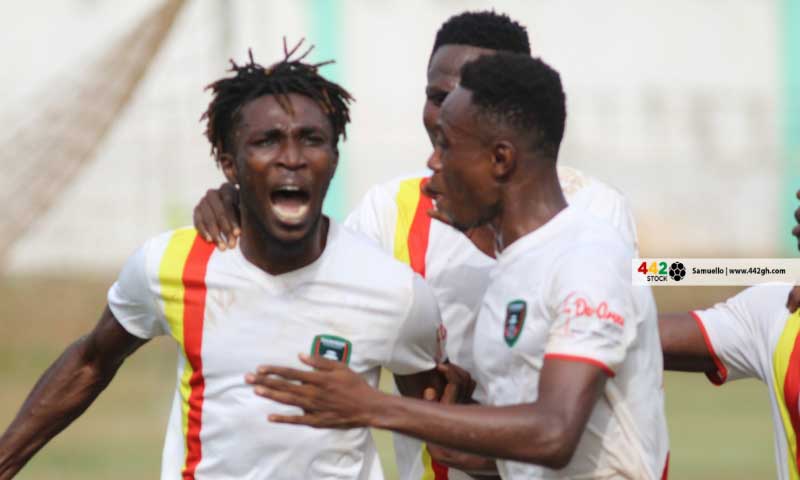 The 'landlords' were playing as visitors to the In Sha Allah Boys in Techiman in what could go a long way to determine who stays in the league.

Eleven Wonders started the game the better side and could have taken the lead as early as the sixth minute through Alexander Asamoah.

Both sides were cautions as the first half ended barren.

Moments later the pacy winger found the back of the net as the fans in Techiman went agog.

Eleven Wonder held on to snatch all three points and sink their rivals back to the relegation Zone as they leapfrog them to 15th place.