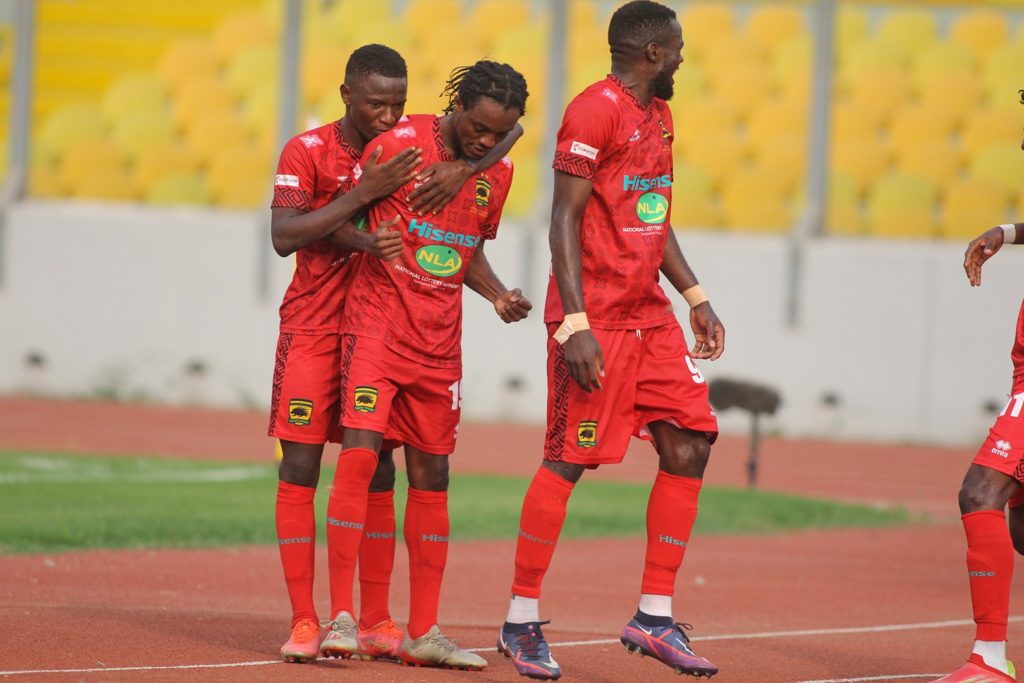 As they are enjoying the top of the summit, Asante Kotoko SC wouldn't want to negotiate that for any other position when they tackle AshantiGold SC in the Ashanti derby on Sunday.

The Ghana Premier League matchday 12 fixture at the Babayara Stadium could well mean a statement for the Porcupine Warriors.

Kotoko defied the odds to break an eleven-year jinx to beat Aduana Stars at the Nana Agyemang Badu Park in Dormaa Ahenkro for the very first time on new year's day.

There is no better motivation than breaking a long standing jinx ahead of a crucial derby at this stage.

The last three home matches for the Porcupine Warriors have been topsy-turvy with one win, one draw and one defeat. The only home loss this season was to an Ashanti team in King Faisal Babes.

Dr. Prosper Narteh Ogum will be missing the services of Nii Lamptey due to accumulation of cautions while Isaac Oppong and Fabio Gama dos Santos are out with injuries.

Nonetheless, Kotoko is having Samuel Boateng and Patrick Asmah back from injuries for Sunday's game against the Miners.

AshantiGold are currently struggling and would hope to change things against Kotoko in the regional derby on Sunday but that will require extra efforts and energy.

AshantiGold have managed just a single in the last seven premiership matches with the last two all ending in 1-0 loss.

Notwithstanding the Miners' poor form lately, they have managed two away wins in the league against Eleven Wonders in Techiman and WAFA SC in Sogakope.

It's been over ten years since the last time AshantiGold beat the Fabulous club at away in the Ghana league. It was 1-0 win for the Miners in 2010 at the Babayara Stadium.

Thomas Duah will be welcoming back dependable defender Samed Ibrahim. The centre back missed the last game against Medeama SC at home.

First choice goalkeeper Kofi Mensah is still nursing an injury which keeps him out of Sunday's crucial encounter.