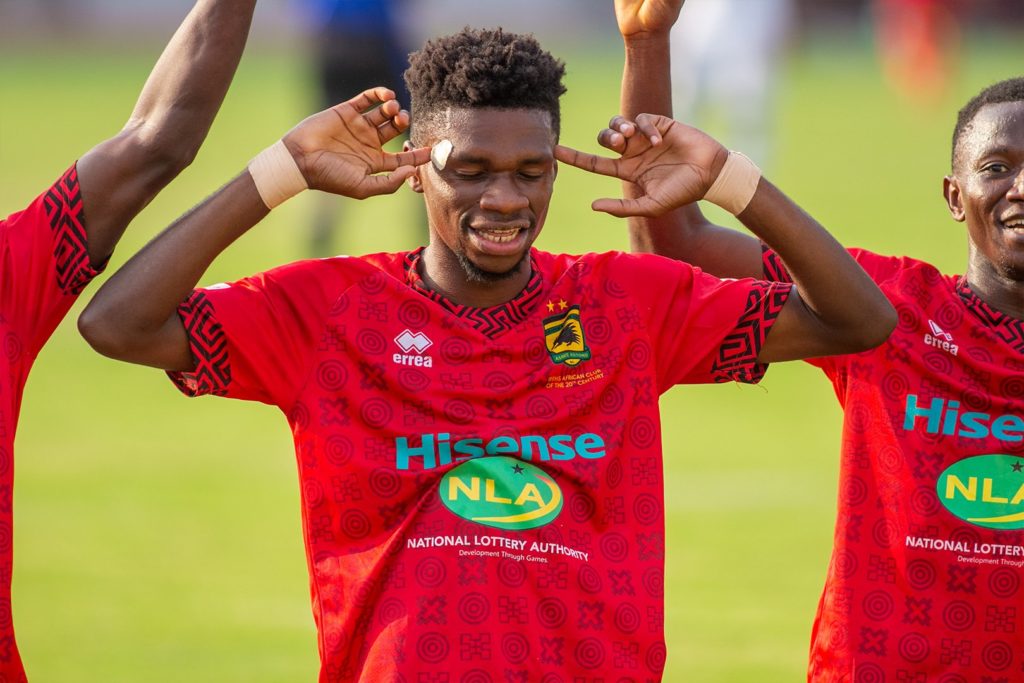 Asante Kotoko SC proved superior over regional rivals AshantiGold SC following an emphatic 3-1 victory in the Ashanti derby on Sunday at the Babayara Stadium in Kumasi.

The massive victory takes the Porcupine Warriors to the apex of the league standings as they open a three-point advantage against King Faisal Babes and nine over Hearts of Oak.

Kotoko manager Dr. Prosper Narteh Ogum made only one change to the squad that beat Aduana Stars 2-0 at the Nana Agyemang Badu Park on new year's day last week.

Solomon Sarfo Taylor came into the starting lineup as he replaced Richmond Nii Lamptey who was suspended for this match.

AshantiGold gaffer Thomas Duah made five alterations to the team that lost 1-0 at home to Medeama SC in Obuasi last Monday.

Seth Osei returned to the starting lineup taking the place of Kennedy Ashia.

Frank Akoto returned from a long-term injury to earn a start having replaced Kwadwo Amoako with Yaw Annor, Richard Osei Agyemang and Abdul Salam all getting a start.

The Cameroonian import scored the opening goal of the match in the 55th minute when he converted a penalty kick.

Etouga doubled the lead for the Porcupines in the 67th minute after taking advantage of a lose ball to get his second goal of the afternoon.

Five minutes later, the former Cameroon U20 forward completed his hatrick after connecting a loss cross to seal the three points for the hosts.

With six minutes to end proceedings, substitute Elijah Addai pulled one back for the Miners who extended their winless streak to five games.