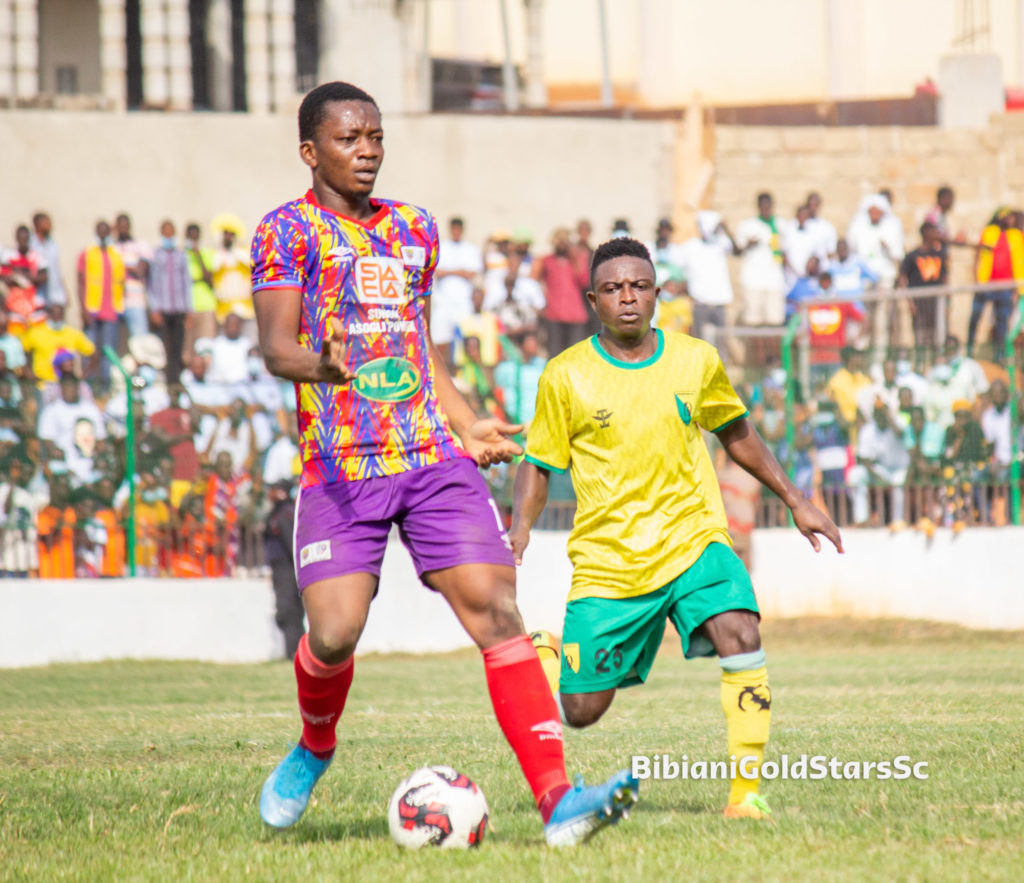 Bibiani Goldstars suffered their second home defeat in the Ghana Premier League at the Dun's Park on Saturday after losing 1-0 to Hearts of Oak in matchday twelve.

The Phobians extend their unbeaten run to six games with the vital victory with four wins and two draws.

Samuel Boadu also made five alterations to the squad that drew 0-0 with Bechem United at the Accra Sports Stadium last week with Richmond Ayi shrugging off his injury to man the post.

Captain Fatawu Mohammed was replaced in the lineup with Robert Addo Sowah who is making a start since 21 November 2021 he picked up an injury.

Benjamin York also started in place of Isaac Mensah while Kwadwo Obeng Junior got his first start this campaign since recovering from injury taking the place of Kofi Kordzi.

The Phobians got their noses in front in the 30th minute after defender James Sewornu latched onto a pass from Daniel Afriyie Barnieh to score.

Serwonou's first half goal stood between Hearts and Goldstars at the end of the match as the Phobians clinched their second away victory of the season.

Hearts close the gap to six points with two outstanding games. They play against Medeama SC on Wednesday at the Tarkwa Akoon Park.