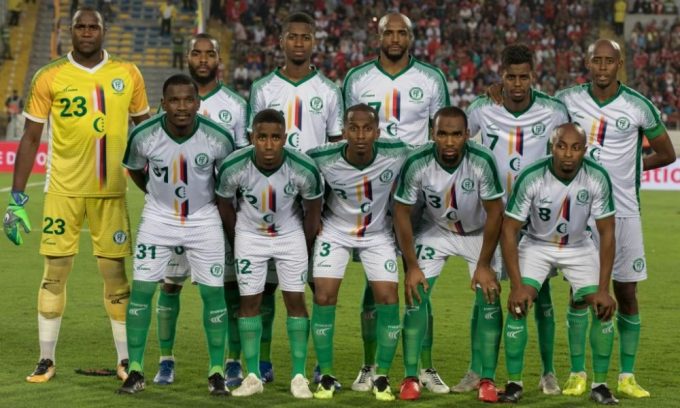 Comoros will be making history on Monday as they take to the pitch for the first time ever at the Africa Cup of Nations when they lock horns with Gabon in Group C at the Ahmadou Ahidjo Stadium.

Gabon, on the other hand, are making their eighth appearance at the continental tournament and will be looking to progress into the knockout stages for the first time since 2012.

Les Coelecantes, who finished runners-up to Egypt, won two, drew three and lost one of their six qualification games to collect nine points and edge out third-placed Kenya by two points.

Comoros were last in action back in September when they steamrollered Seychelles 7-1 in a friendly fixture at the Stade Omnisports de Malouzini to end their three-game winless run.

As they prepare for their first-ever game on the biggest stage in the continent, Amir Abdou's men will set their sights on upsetting a Gabon side who are 43 places ahead in the latest FIFA World rankings, before going up against African giants Morocco and Ghana.

Gabon, on the other hand, secured their place in the Africa Cup of Nations as they finished runners-up in Group D of the qualifiers, only behind group winners Gambia on goal difference.

Patrice Neveu's men, who won three, drew one and lost two of their six qualification games, finished level on 10 points with the Scorpions and one above third-placed Congo DR.

Gabon have managed just two wins from six competitive games since then, which has seen them miss out on a place in the playoffs for the 2022 World Cup after finishing seven points behind Group F winners Egypt.

The Brazilians head into Monday's game fresh off the back of a 1-1 draw with Mauritania in a warm-up friendly match on January 4, when Pierre-Emerick Aubameyang and Pape Ibnou Ba scored for either side to force a share of the spoils.

Having missed out on a place in the 2019 edition, Gabon will be desperate to make their mark in Cameroon and three points in this weekend's opener will undoubtedly serve as a morale boost ahead of their final two group stage games.