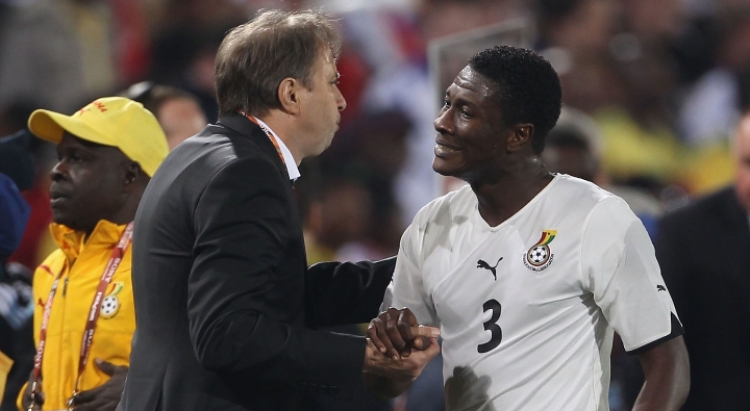 Milovan Rajevac concedes his Ghana team is not complete without iconic star striker Asamoah Gyan, urging fans to lower their expectations following an unflattering start in the ongoing Africa Cup of Nations in Cameroon.

The Black Stars have flattered to deceive after picking just a point from two games with an early elimination starring in their faces.

A dismal performances against Morocco and Gabon has highlighted to the Serbian tactician that Ghana isn't the African power it considers itself to be.

The performance of the four-time African champions has once highlighted how poor the team has become in recent years.

Milovan Rajevac has suggested that the current crop of players may not be good enough to meet expectations.

“We don’t have the same team like 2010. Not enough time for preparations. We don’t have a player like Asamoah Gyan.” Rajevac told reporters

The Black Stars must beat lowly-ranked Comoros on Tuesday to stand any mathematical chance of qualifying to the Round of 16.

They are yet to win a game after a defeat and a late dramatic draw against Gabon last week.

Ghana can finish either as second-placed or one of the third-best placed teams depending on other results.

The Ghanaian will need to win by a wider margin against Comoros and hope Morocco do them a huge favour by beating Gabon.

The mathematics and permutations have moved into full swing ahead of the must-win game against the tiny nation.