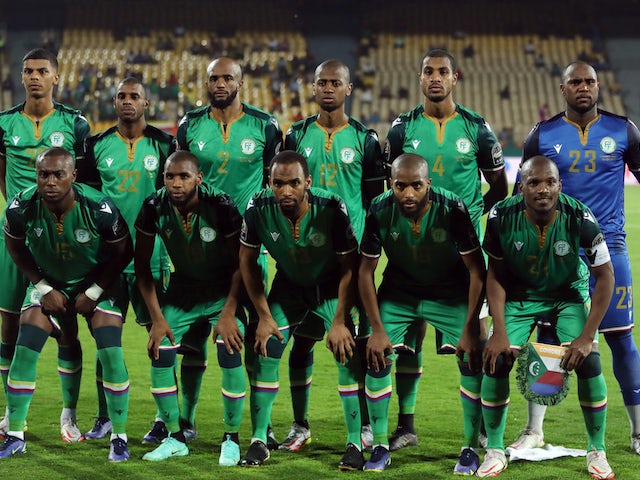 Fresh off the back of an opening-day win over fellow group favourites Ghana, Morocco take on Comoros at the Ahmadou Ahidjo Stadium in Group B of the Africa Cup of Nations on Friday.

The Coelacanths, who are currently 132nd in the current FIFA World Rankings, risk an early exit from the tournament as they face the daunting task of taking on an opposing side who are ranked 28th in the world and second in Africa.

After struggling to crack down the Black Stars' defence for most of the game, former Southampton man Sofiane Boufal came up trumps as he broke the deadlock with seven minutes left to play.

Prior to that, Vahid Halilhodzic's men were last in action on December 11, when they suffered a quarter-final exit from the Arab Cup after losing on penalties to eventual winners Algeria.

The Atlas Lions, who secured smooth passage into Cameroon through a superb qualifying run where they picked up 14 points from six games, are currently top of Group C, level on points with Gabon, who edged out Comoros 1-0 in the other group fixture.

Thursday's game will be the third-ever meeting between the two sides, with Morocco picking up one win and one draw when they met in Group B of the 2019 AFCON qualifiers.

Meanwhile, Amir Abdou's Comoros marked their first-ever appearance at the Africa Cup of Nations with a defeat as they were beaten 1-0 by Gabon last Monday.

In a cagey affair at the Ahmadou Ahidjo Stadium, 25-year-old midfielder Aaron-Salem Boupendza netted in the 16th minute to hand Les Pantheres a vital opening-day victory.

Comoros, who finished runners-up to Egypt in Group G of the qualifiers, now risk an early exit from the tournament proper as they are currently bottom of the pile, alongside Ghana.

While they will be seeking to keep their chances of making it out of the group stages alive, the Coelacanths head into Thursday's game in poor form, managing just one win from their most recent six games in all competitions.