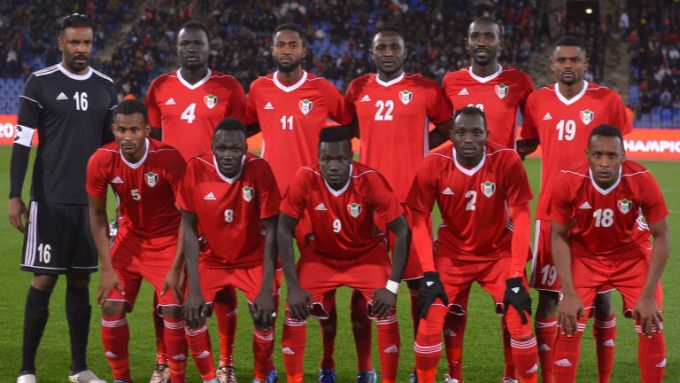 Sudan and Guinea-Bissau get their Africa Cup of Nations campaign underway on Tuesday when they go head to head in Group D at the Stade Roumde Adjia.

Both sides have been drawn in Group D, alongside Nigeria and Egypt, and will be seeking to pick up an opening-day win to set the pace for their subsequent group outings against the two African giants.

Ranked 125th in the latest FIFA World Rankings and 33rd in Africa, Sudan are one of the surprise entries at this year's Africa Cup of Nations and will be making their ninth appearance in the competition.

After a sloppy start to the qualifiers, where they picked up three points from their opening three games in Group C, the Falcons of Jediane turned a corner in their final three games, claiming maximum points, including a final-day 2-0 win over third-placed South Africa which sealed their ticket to Cameroon.

The Northeastern African side, who lifted the title as host nation in 1970, when they edged out Ghana 1-0 in the final, have merely been spectators since then, only making it past the group stage in their last appearance back in 2012.

Sudan head into Tuesday's game without a win in 10 consecutive games, losing seven and managing three draws since a 1-0 victory over Libya in the Arab Cup qualifiers on June 19.

This horrid run saw them miss out on a place in the playoffs of the 2022 World Cup qualifiers before suffering a group-stage exit from the Arab Cup, where they lost each of their three games, while shipping 10 goals and failing to find the back of the net.

With more Herculean games against two of the most experienced and decorated African sides in Nigeria and Egypt still to come, Sudan will look to end this poor run and mark their return to the tournament on a winning note.

However, standing in their way is a Guinea-Bissau side who they failed to defeat in two successive meetings last year, losing 4-2 in September before holding out for an uneventful goalless draw two months later in Group I of the World Cup qualifiers.

Meanwhile, Guinea-Bissau secured qualification into the tournament by the skin of their teeth, securing a 3-0 victory over Congo in their final qualification game back in March 2021.

Baciro Cande's side won three and lost three of their six games to collect nine points and finish one point above third-placed Congo and five adrift of group winners Senegal in group I of the qualifiers.

Like Sudan, Guinea-Bissau head into Tuesday's game in poor form, picking up just one win from their most recent six games, while losing two and claiming three draws, which saw them fail to progress into the next phase of the World Cup qualifiers.

The Djurtus, who are currently ranked 106th in the world, have made just two appearances at the Africa Cup of Nations, which came in 2017 and 2019, when they failed to taste victory and crashed out in the group stages respectively.

While Guinea-Bissau may not necessarily have their sights on conquering the continent, a first knockout stage appearance at the prestigious tournament will be the goal, and picking up their first-ever win should help set the pace for what is to come.