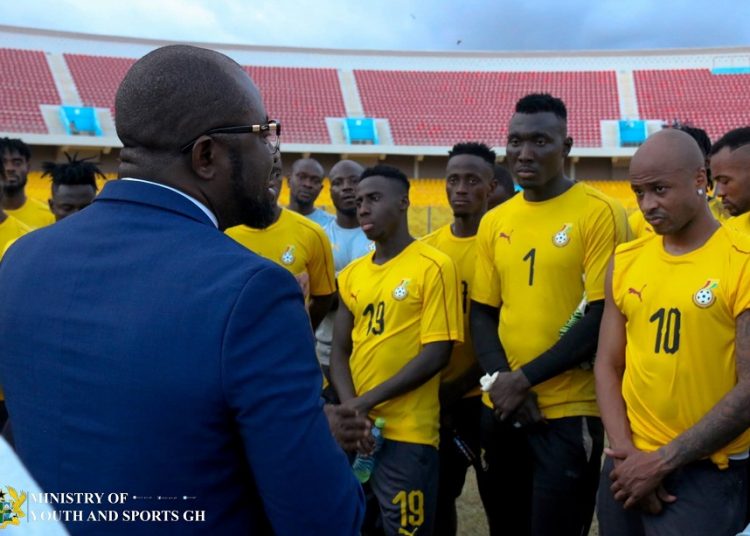 Ghana FA  president Kurt Okraku is confident the Black Stars will bounce back from Monday’s defeat against Morocco and win their remaining games in the group.

The Black Stars lost by a lone goal against Morocco at the Stade Ahmadou Ahidjo kind courtesy of a Sofiane Boufal goal in Group C.

Ghana go into the next game in search of a win  against Gabon on Friday.

Speaking to media at the team’s training on Wednesday morning, Kurt Okraku called on Ghanaians to rally behind the team.

“The team has recovered very well and training has been impressive. The players in training today have sent a clear message and signal about their readiness. The boys would come back to winning ways and I'm extremely positive about our upcoming game against the Gabonese on Friday”

“The boys have recovered and promises to be competitive and respectful ask Ghanaians to throw their support behind this squad. This is a team that is made up of predominantly young players with 17 debutantes. That tells you clearly that the future of the Black stars is very bright and it starts now. We need to be competitive and win against both Gabon and Comoros in the next two games.”, he added.

Black Stars captain Andre Ayew missed the Wednesday’s training after he was permitted by the head coach to sit out training following his injury on Monday.