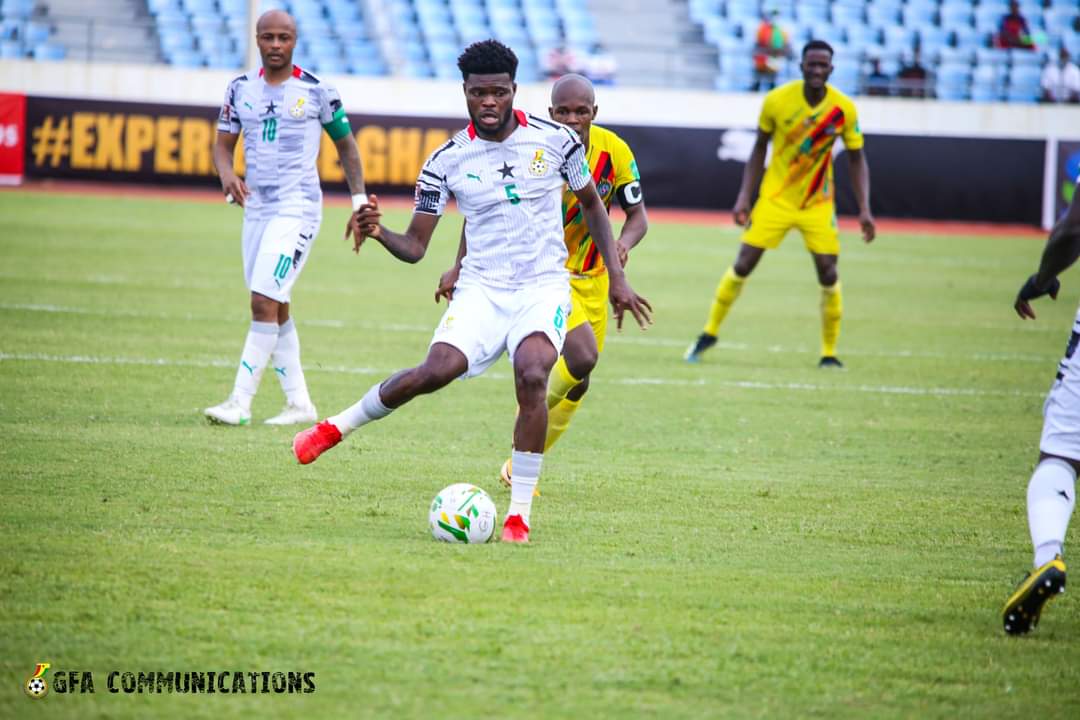 Arsenal ace Thomas Partey will captain the Black Stars in the 2022 World Cup qualifier against Zimbabwe in Harare on Tuesday afternoon.

The midfielder, who scored in the 3-1 win in Cape Coast, assumes the leadership role from Andre Ayew, who has been dropped to the bench.

Partey is the second deputy captain of the team but in the absence of Ayew and injured goalkeeper Richard Ofori, he wears the armband.

The 28-year-old was in inspiring form when Ghana defeated the Warriors on Saturday, giving the West Africans a second half lead.

Meanwhile, coach Milovan Rajevac looks to have axed his captain Ayew because of the obvious groin problems the midfielder has struggled with since he came to camp.

The decision to leave Ayew, who is seen as one of the untouchables in the Black Stars squad, will come as a shock to many.

Rajevac maintianed almost all his top guns that started in Saturday's match against the same opponent with midfielder Baba Iddrisu coming on to take place of the talented youngster.

Under-fire Jordan Ayew will keep his place in the starting line up as the lone striker as Rajevac is confident over the overall contribution of the Crystal Palace striker to the Black Stars team.