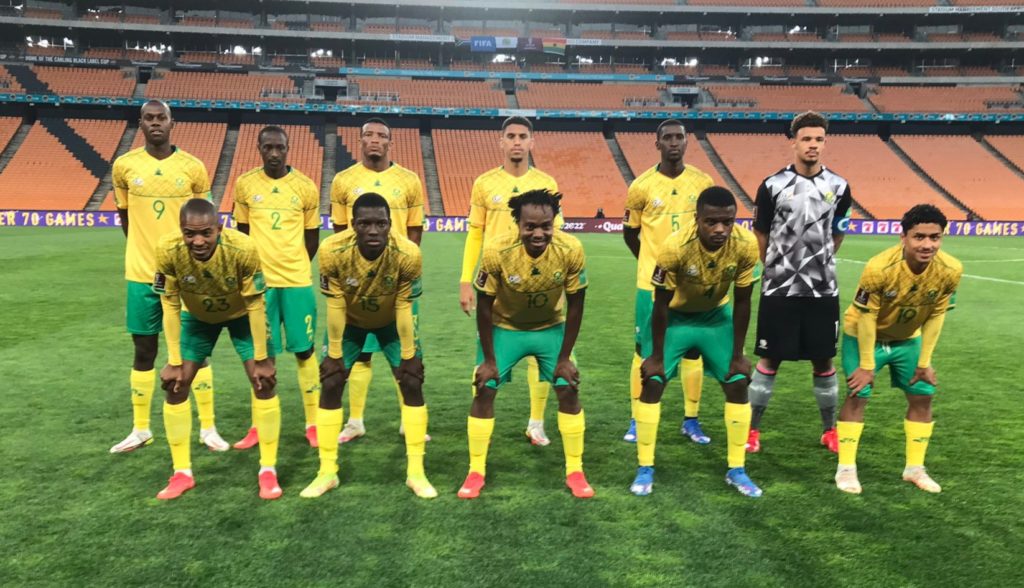 South Africa made serious incursions in their 2022 World Cup qualifying campaign as they beat Ethiopia at away to set Group G wide open on Saturday.

The Bafana Bafana recorded an emphatic 3-1 victory over the Walia Ibex at the Bahir Dar International Stadium in Ethiopia.

It took Hugo Broos' side 45 minutes to open the scoring of the game through midfielder Teboho Mokoena whose free-kick couldn't be handled by goalkeeper Fasil Gebremichael resulting a goal.

Ethiopia drew level after lifting their performance in the second half.

Skipper Getaneh Kebede pulled parity for the home side with a sublime free-kick which beat goalkeeper Ronwen Williams.

Substitute Evidence Makgopa put the icing on the cake in the additional minutes of the game to secure all three points for South Africa.

The Bafana Bafana will host Ethiopia at the FNB Stadium in Johannesburg in the reverse fixture.

South Africa lead the group with 7 points whereas Ghana and Ethiopia are on 3 points and Zimbabwe with just a point.