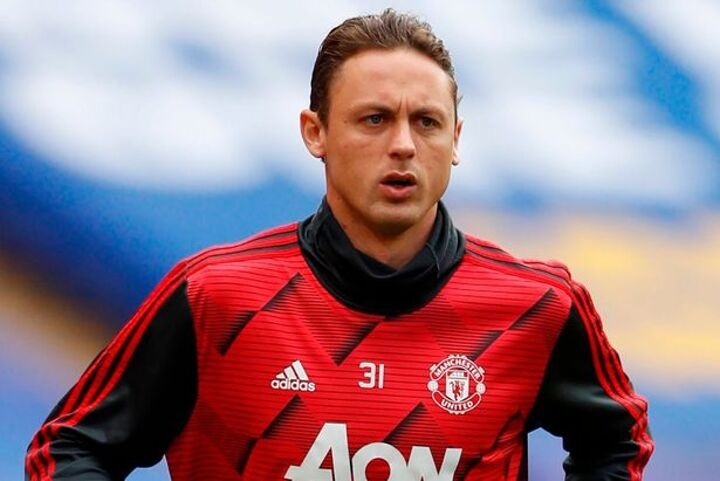 The appointment of Jose Mourinho as the new Roma boss ahead of next season took the world of football aback on Tuesday.

Only hours previously, the Italian club - who trail 6-2 to Manchester United ahead of Thursday’s second leg of their Europa League semi-final - announced that coach Paulo Fonseca would be departing at the end of the current campaign.

Mourinho’s appointment comes just weeks after his dismissal at Tottenham and Roma will be the ninth club that he has coached and the second in Italy, having guided Inter to successive league titles in his two campaigns at the helm and the Champions League title in 2010.

With Roma currently languishing in seventh in the Serie A standings and nine points off the top six, there is a lot of work for Mourinho to do at the club, while he will be reacquainted with former players Pedro, Chris Smalling and Henrikh Mkhitaryan.

Here is a look at five of his favoured players he could look to sign.

Perhaps the most obvious candidate who Mourinho will look to - the boss ensured Chelsea re-signed the holding midfielder from Benfica in 2014 and then took him to Manchester United three years later.

The Serbian midfield enforcer will celebrate his 33 rd birthday this summer and has fallen down the pecking order at Old Trafford, starting just 10 league games this campaign despite being named in every matchday squad.

Fred and Scott McTominay are prepared in that position and there is a possibility United will sign a new holding midfield player this summer, with Matic subsequently allowed to leave the club.

Capable of breaking up play, maintaining shape and maintaining position, his style of play could suit the lower tempo of Serie A compared to the Premier League.

It is well renowned how Mourinho continually identifies central defenders as key to his side’s successes, which indicates his trust and admiration of Eric Dier that he continually selected him in the position.

Dier’s versatility had seen him played in a variety of defensive positions - including holding midfield - but Mourinho often trusted him in the heart of defence over natural players in that area.

The Portuguese boss often praised Dier’s spirit and mentality, with the player able to speak the same language due to his upbringing in Portugal potentially helping boost their relationship.

Manchester United were convinced to shell out a fee of £19million to full-back Dalot in the summer of 2018, when he had only made eight senior appearances for Porto.

Despite suffering early injury problems, Dalot was afforded a run of games under Mourinho prior to his sacking from United that December.

Mourinho often favours players with a background in Portugal and Dalot could be an ideal fit - he has played in Serie A this season for Milan but it appears he will return to Old Trafford this summer.

United may well seek to accommodate another exit this summer - permanent or otherwise - and a link-up with Mourinho would make sense.

Less than a year after Tottenham shelled out £15million plus add-ons to sign Hojbjerg from Southampton, the chances of Roma landing the Denmark international seem remarkably slim.

However, it is clear that the 25-year-old is precisely Mourinho’s type of player - and he helped persuade him to join Spurs last summer ahead of Everton, and subsequently became a pivotal player.

If Roma are unable to finance a move for the former Saints midfielder, expect them to look for a player with a similar profile.

Mourinho’s appointment at United in 2016 led to question marks over the future of Juan Mata, who was sold by the Portuguese boss to the club two years prior.

However, the Spanish playmaker thrived under Mourinho at Old Trafford and there appeared to be a high degree of trust between the pair.

Mata is out of contract at United this summer - although the club do have the option of extending that by a further deal - and his technical skillset and lack of physicality may be suited to Serie A.