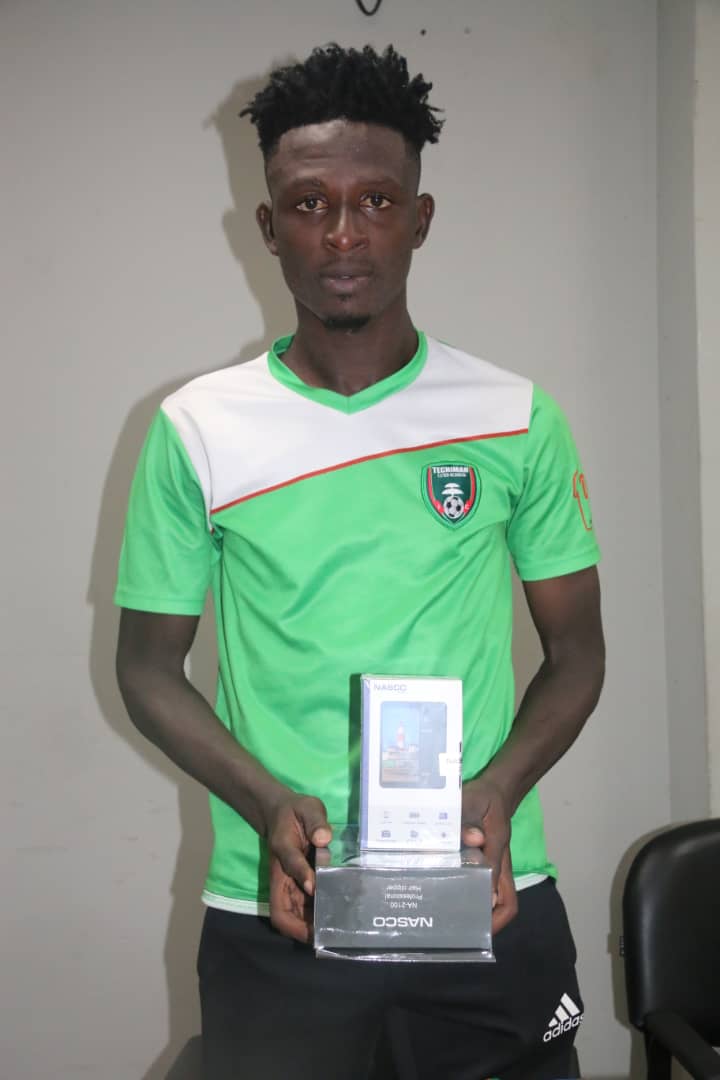 Eleven Wonders striker Abass Ganiu was adjudged man of the match after scoring the decisive goal in the club's 1-0 win over Great Olympics in the Ghana Premier League on Sunday.

He scored late on as Wonders won at the Accra Sports Stadium against the top four hopefuls.

Both teams needed victory to boost their aspirations so it was a tight game, but Wonders showed they wanted the victory more and got it.

With five minutes of normal time remaining, Ganiu was presented with the perfect opportunity and he made absolutely no mistake by scoring.

By virtue of the win, Eleven Wonders have climbed to 11th and two points above the relegation zone with two games remaining.

Meanwhile, Great Olympics have dropped out of the top four.

Ganiu took home NASCO products as a reward for being adjudged man of the match.