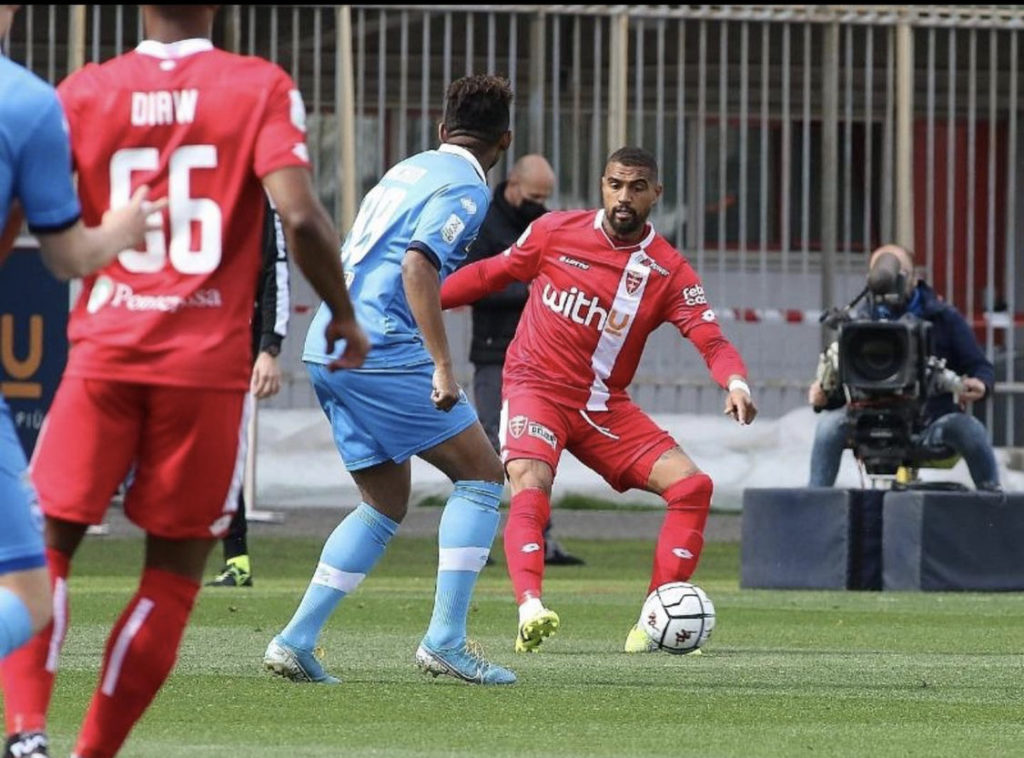 Ghana and AC Monza forward Kevin-Prince Boateng is refusing to throw in the towel in their push for Serie A promotion despite their home draw against Pescara.

AC Monza suffered a setback in their bid to earn an automatic promotion into the Italian top-flight.

The Red and White lads were held to a 1-1 draw at home by Pescara in week 32 of the campaign.

The result left Stadio Brianteo side in 4th place with 52 points, six points adrift of the last automatic qualifying spot which is held by high-flying US Lecce.

With just six matches left to play, Monza are in danger of missing out on the automatic spot after their stalemate against Pescara on Monday.

But Boateng is refusing to concede defeat, claiming they will fight up until the end of the season.

“A lot of times I’ve had my back against the wall! Difficult times made me who I am today. I and we will not give up till the last day...BELIEVE #forzabagi #credoinvoinoi @acmonza

Boateng has scored 5 goals in 22 games, with 4 assists to his credit.