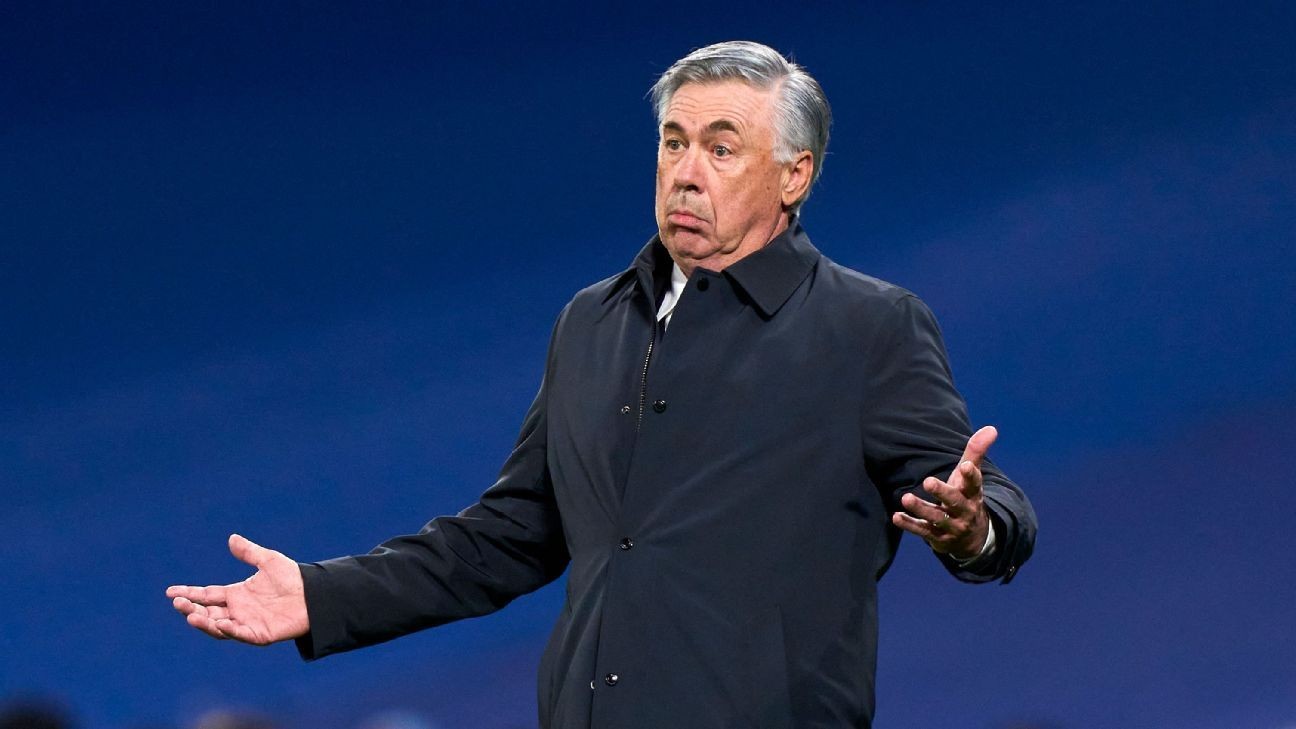 Real Madrid manager Carlo Ancelotti defended the hosting of the Spanish Supercopa in Saudi Arabia on Saturday, praising the atmosphere during the Clasico win over Barcelona in this week's semifinal.

Madrid will face Athletic Bilbao in Sunday's final in Riyadh after they defeated rivals Barca 3-2 after extra time, before Athletic beat Atletico Madrid 2-1 a day later.

"No. Why?" Ancelotti said in a news conference on Saturday, when asked if he was uncomfortable with Saudi Arabia as a venue. "We had a good atmosphere in the Clasico, a lot of Real Madrid fans were there, and a lot of Barcelona fans."

It's the second time the Supercopa has been hosted in Saudi Arabia in its new "final four" format, after Real Madrid won the 2020 edition in Jeddah.

"We know it's important for the federation, to help [support] the lower leagues of Spanish football," Ancelotti said. "It's fine."

Madrid led Barca twice in Wednesday's semifinal with goals from Vinicius Junior and Karim Benzema but were pegged back each time by Luuk de Jong and Ansu Fati before Federico Valverde's 98th-minute winner.

On Thursday, Athletic went behind to a second-half own goal from goalkeeper Unai Simon, before two goals in four minutes from Yeray Alvarez and Nico Williams gave them the victory.

"He is a good coach. Bilbao are playing well," the Italian said. "Every game against his teams is difficult. He controls the small details well. They are always well organised. The [semifinal] against Atletico Madrid showed that they are a team that never gives up."

The news conference also saw Ancelotti defend his own team's counterattacking style against critics who would prefer a possession-based approach.

"If someone wants to keep possession and that seems the easiest way for them to show an identity, that is respectable," he said. "The perfect system or game doesn't exist

"I am delighted that you can say that Real Madrid play on the counter, because it isn't straightforward. You need players to play the pass and forwards to attack at the right time.

"The counterattack against Barca [for Vinicius' goal] was four or five passes. For the third goal, we had six players in their box. That's a good counterattack."