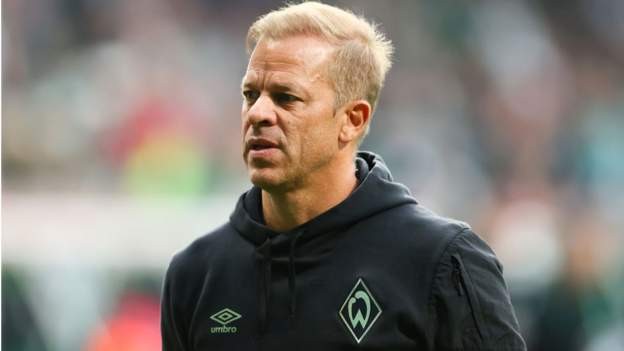 Former Werder Bremen manager Markus Anfang has been banned from football for a year after using a fake Covid-19 vaccination certificate.

Anfang originally denied the charges and left the second-tier German side.

But both men have confessed they obtained fake vaccination cards last summer to avoid regular testing.

A statement from the German Football Association (DFB) said: "Through their actions, Markus Anfang and Florian Junge have violated their role model positions as coaches to a considerable extent."

The DFB added the pair's confessions have resulted in their bans being partly on probation and they may be able to return to coaching for the 2022-23 season.