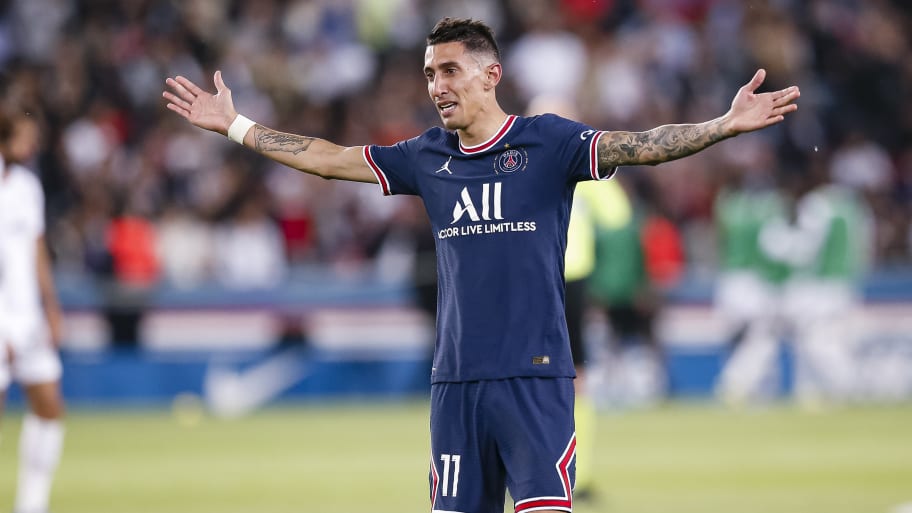 Angel Di Maria has insisted he won't be rushed into signing for Juventus after leaving Paris Saint-Germain.

The Argentine's deal at Parc des Princes expires at the end of June and he will leave on a free transfer this summer.

Di Maria capped off a successful seven-year stint in Paris with a remarkable performance in a 5-0 win against Metz, breaking down into tears after scoring the final goal of the evening on Saturday.

He was asked by ESPN post-match about his future amid the strong links to Juve, but said his next move will also be a family decision.

"I’m calm, there is time, I have to think. It’s not just my decision. I’ve always thought about myself and my family. I will make the best choice for everyone, my two daughters, my wife and myself," he said.

Di Maria then confirmed that he wanted to stay at PSG but the club eventually opted against offering him a new deal.

"[It was] the club’s decision. Everyone knew I wanted to stay one more year. I wanted to continue to win the Champions League, we came close, that’s the only thing I miss," he added.

"But I know that the boys will continue on the same path, they will try to win. I want the best for this team, I have to respect the club’s decision."