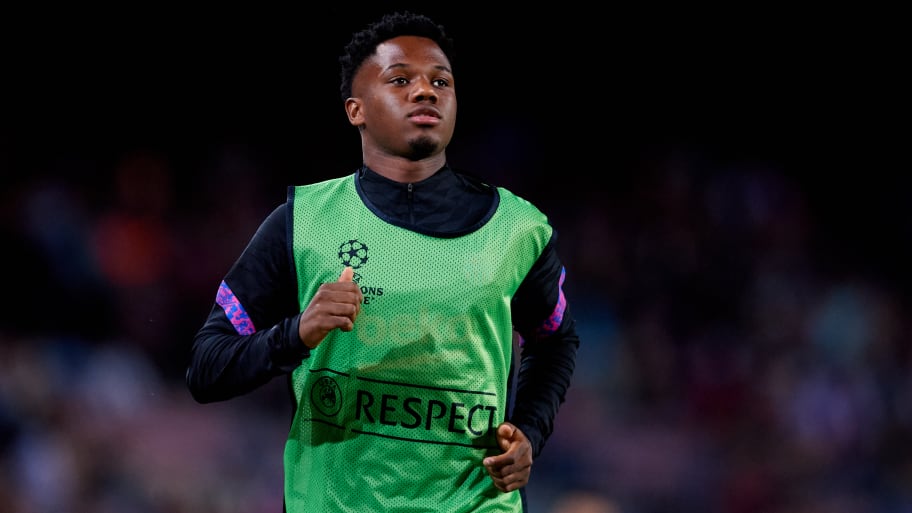 Barcelona prodigy Ansu Fati has revealed he had offers to leave the club before signing a new long-term term contract until 2027, but insists it is his ‘dream’ to keep playing at Camp Nou.

Having initially broken into the first-team aged 16 towards the end of 2019, Fati has recently returned from a knee injury that forced him to miss most of last season and is already playing a starring role once more. He has even been assigned Lionel Messi’s old number 10 shirt.

With buyout clauses mandatory in Spanish football, Barça have set the 18-year-old’s clause at an eye watering €1bn, matching that of fellow teenager Pedri, who has also recently signed a new deal.

Fati is one of the brightest talents in world football. But with his previous contract due to expire at the end of this season, the Spain international did have offers to leave Barcelona. However, he is adamant that his only desire was to stay at the club he first joined almost a decade ago.

“I’m very grateful to the club and the president for their confidence in me and giving me this opportunity to stay here for more years,” Fati said as he addressed the media on Thursday.

“As I’ve said, it’s always been my dream to be able to triumph here and play here. I’m able to keep doing that and I’m very grateful for that. I’ll keep working hard every day to improve as a person and as a player, and to give the club everything they need from me.

“Like I’ve said to Jorge [Mendes], from day one, my first option was to stay at Barça. They understood that perfectly and with the president we were able to reach an agreement.

“I’m very happy that the club has the confidence in me. It could be that I had offers from outside, but I wanted to be really clear and my dream was to stay here and be a success here.”

This article was originally published on 90min as Ansu Fati admits he had offers to leave Barcelona before signing new contract.