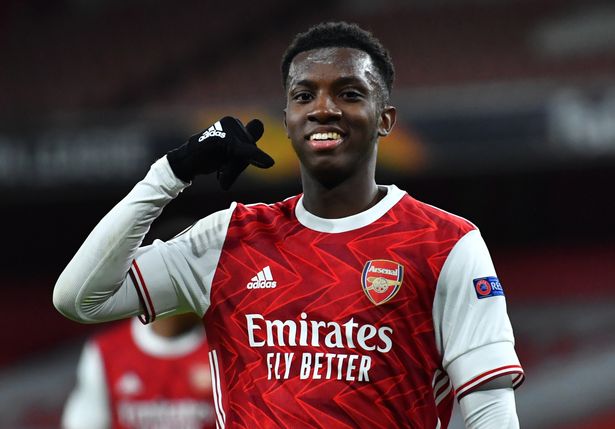 A UK-based Performance Coach Freddy Twum has disclosed that Arsenal star Eddie Nketiah will play for Ghana ahead of the 2022 World Cup.

Freddy Twum is a personal trainer of the Arsenal star and has dropped a big hint on the possibility of the striker joining the four-time Africa champion.

“At some point, Eddie Nketiah will come but I hope it will be before the World Cup", Twum told Accra-based radio station Happy FM.

The British-born Ghanaian has been under the radar of the Ghana Football Association (GFA) for some time now, with the FA said to have identified him as a possible addition to the Black Stars team.

The attempts to convince the player to play for Ghana yield has yielded no positive feedback yet with the GFA still continuing their pursuit.

Eddie Nketiah of Arsenal, Callum Hudson-Odoi of Chelsea, Tariq Lamptey of Brighton, and the Inaki brothers are among players, that the GFA are engaging in talks over a potential nationality switch according to sources.

Several media outlets in the UK and Ghana have all reported on England losing out on the Arsenal forward to Ghana.