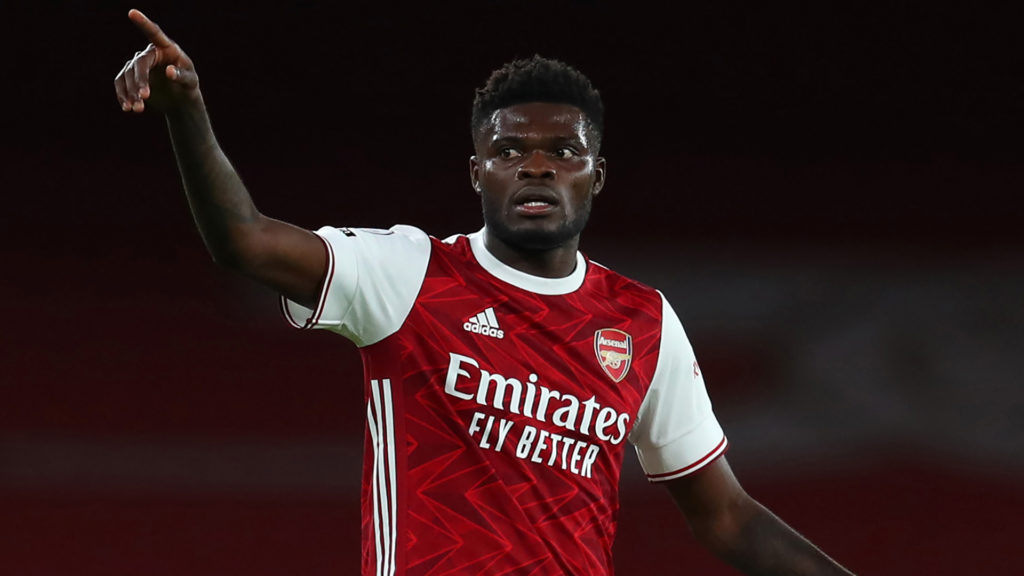 Thomas Partey he will never have a bust up with Lacazatte

Arsenal legend Ian Wright has urged Thomas Partey to be scoring more goals for the club after the Ghanaian midfielder registered his first for the club on Friday against Aston Villa in the Premier League.

The former Atletico Madrid midfielder had not scored for the club in 39 appearances and managed to break the duck.

Partey was delighted to have scored his first goal for the club which he reacted to it in an interview.

‘All the team was frustrated and we wanted a win,’ Partey said via The Mirror. ‘That was the mentality we brought to this game today and we were able to get our result.

‘I’ve been waiting for this moment for a long time. I think it was the right moment to have it and I’m very happy.

‘The team performed very good. We have to do this every weekend and every game and with this, we can achieve beautiful things.

‘They deserve it. they have been supporting us when we have been down and when things have gone bad. This win is for them and I hope they enjoy it.’

However, Ian Wright demands more from Ghana International and other midfielders to take up goal-scoring in the team.  Wright wants the likes of Partey, Emile Smith Rowe and Bukayo Saka to be scoring more often.

‘He [Partey]’s somebody that he’s been shooting from some crazy places, so he was desperate to get his goal. I’m quite pleased that he finally got it,’ Wright told Premier League Productions.

‘I would like to see him getting more goals because Arsenal are going to need more goals from the midfield.