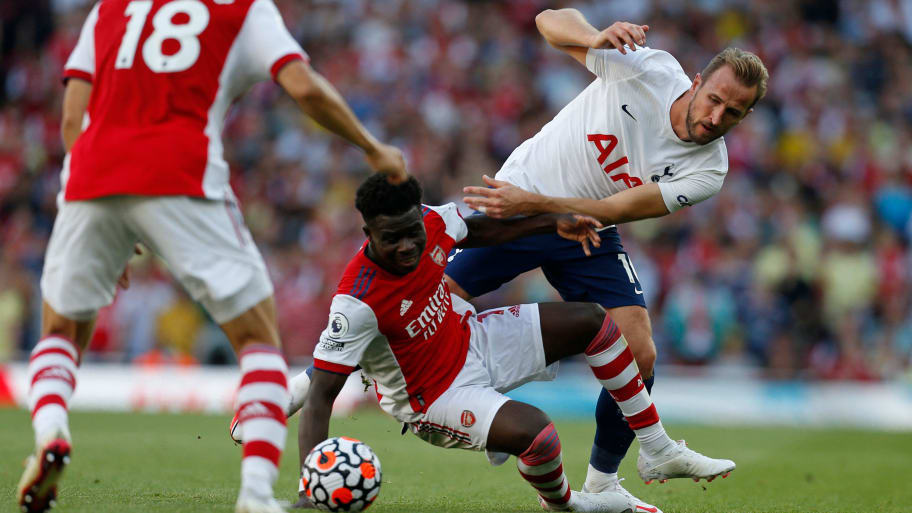 Arsenal have submitted a request to the Premier League to have Sunday's trip to Spurs postponed - much to the fury of their north London rivals.

The Gunners would be without at least 12 players for the match at Tottenham Hotspur Stadium due to Covid-19, suspensions and players away at the Africa Cup of Nations.

And the Premier League confirmed in a statement on Friday evening that Arsenal want the match to be rearranged.

"The Premier League has received a postponement request from Arsenal FC relating to their away match against Tottenham Hotspur, due to be played at 4.30pm on Sunday 16 January. The Premier League Board will meet tomorrow [Saturday] to review the application and inform both clubs and their fans of its decision," a statement read.

Arsenal boss Mikel Arteta revealed earlier on Friday that he did not know if the game would go ahead, but it was the Gunners' intention to fulfil the fixture.

"I don't know, it's difficult to say that with total honesty without assessing our players, but what is today very unlikely, tomorrow is likely to happen," he said.

"It's gone the other way for us when we were ready to play a match and it was cancelled twice because the other team had issues so it can go both ways. But our intention is always to play."

Premier League rules state a match must be fulfilled if 13 outfield players and at least one goalkeeper are available for selection.

As first revealed by the Daily Mail, Tottenham are furious that the request has come from Arsenal with under 48 hours to go until kick-off.

Jonathan Veal of PA Sport reports that Spurs are also surprised by the appeal as both clubs have the same number of Covid-19 cases.

This article was originally published on 90min as Arsenal request postponement of north London derby.