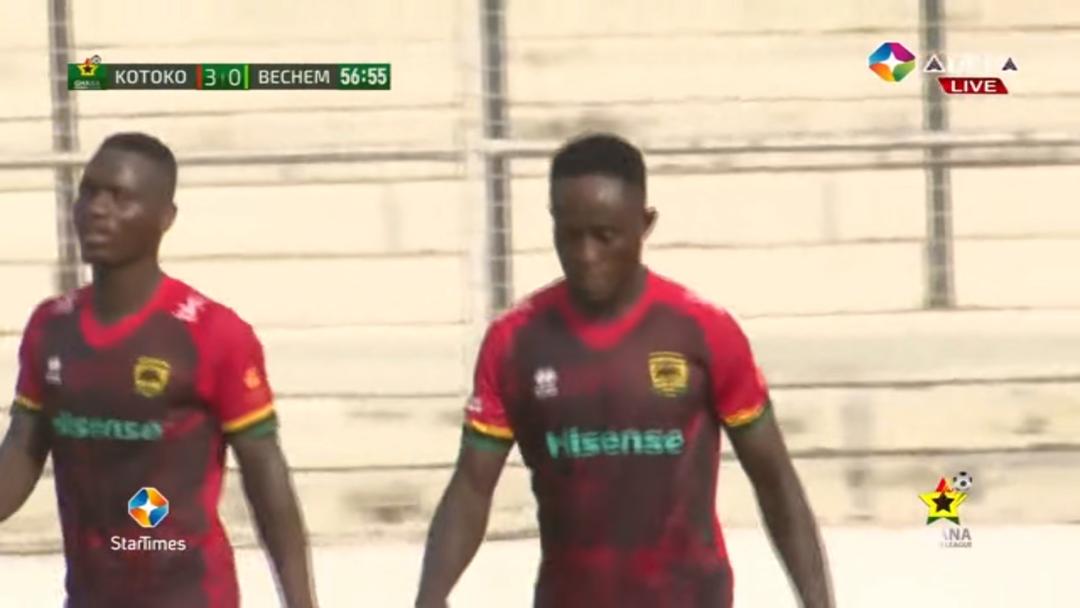 The mid-season signing applied a blistering header to a cross from left back Imoro Ibrahim to give Kotoko a 3-0 lead on the hour mark.

According to report, the youngster was handed the starting role after Guinean import Naby Keita picked up an injury hours to kick.

Kumi was signed from Division One League side Unistar to replace lethal forward Kwame Opoku who has been transferred to Algerian side USM Alger.

Asante Kotoko shot into a two-zero lead at half time through centre back Ismail Ganiu and Fabio Gama.

The contest against Bechem was an outstanding Premier League match.