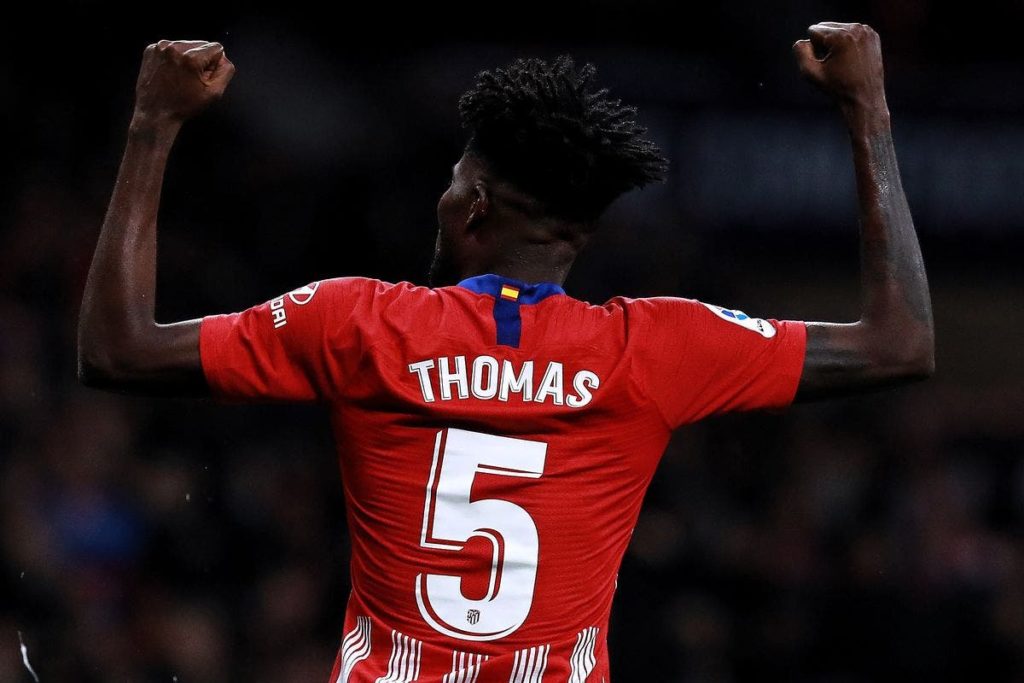 Atlético  Madrid are seeking to sign Chelsea flop Tiemoué Bakayoko as a replacement for Thomas Partey.

Atlético have identified the 26-year-old as transfer target after featuring on loan at Serie A side Napoli.

The Spanish giants want to defend the La Liga title and be a huge protagonist in the UEFA Champions League and believe the Frenchman is the missing link required to form a crack team.

The Spanish champions struggled at the heart of the park after the departure of Ghanaian Thomas Partey to Arsenal last summer.

Diego Simeone wants to reinforce his squad and has identified Thomas Partey's "clone" in Tiemoué Bakayoko.

The Argentine gaffer has been search of a guaranteed midfielder, something he is yet to grasp with. He has asked the club's top brass cast in the court of the Ghana international ahead of the new season.

The lenses has felled on  Tiemoué Bakayoko, 26, who just played for Italian side Napoli on loan from Chelsea.

Bakayoko has returned to his parent club in London with his immediate future set to be defined by manager Thomas Tuchel.

He is a player with similar characteristics with Partey, scoring two goals in 32 games for the Serie A side last season.

When Chelsea signed Bakayoko from AS Monaco in the summer of 2017, they parted with £40M to get the deal done.

However, the Frenchman struggled to adapt to life in the Premier League, with Chelsea fans never seeing the best of him during his short stint at Stamford Bridge.

In the four years since becoming a Chelsea player, Bakayoko has only made 29 Premier League appearances, with all of those coming in his debut season with the club.

As is reported by Transfermarkt, Bakayoko’s contract with the Blues is due to expire next summer, meaning it really is now or never for Marina Granovskaia to work her magic.