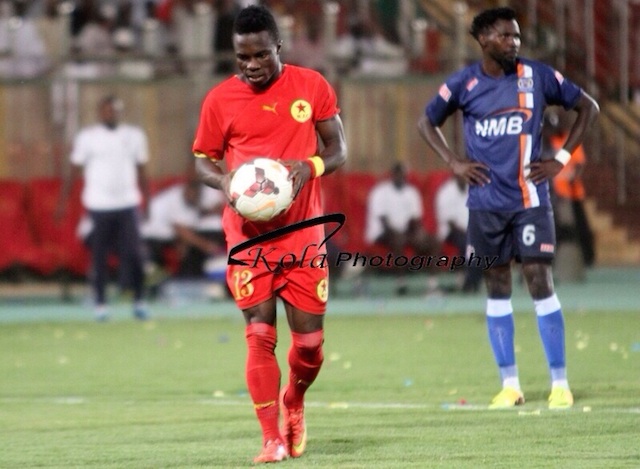 The pacy winger completed a mandatory medical on Monday and put pen to paper to sign a two year deal, with an option of renewing for another 12 months.

The former Black Satellites attacker has been in the country for some months now after his contract with North East United ended.

Okrah played for Asante Kotoko in the 2012-13 season before leaving on to Liberty Professionals.

He joined Bechem United in 2013, where he became a household name after winning the Ghana Premier League goal king that season.

The 25-year old also enjoyed spells with Sudanese giants Al Hilal and Al Merreikh, one of the very few foreigners to play for the rival teams.