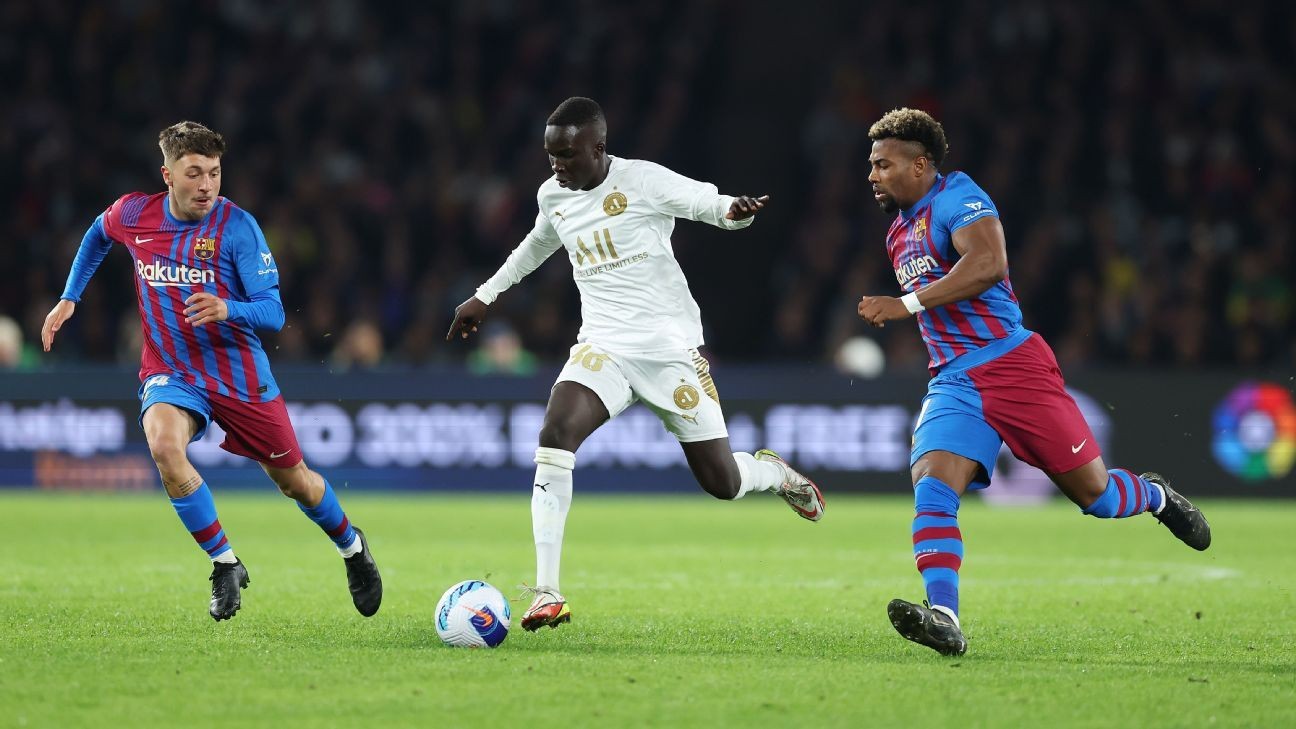 Garang Kuol might have only been known among devotees of the A-League Men prior to Wednesday night, but his stirring cameo against Barcelona is likely to ensure his name is being discussed in much wider circles in the future.

Kuol earned lavish praise from Barca boss Xavi Hernandez after coming off the bench for the A-Leagues All Stars in their spirited 3-2 loss against the Catalan giants.

After lighting up Accor Stadium in front of 70,000 fans in an All Stars side coached by Dwight Yorke, 17-year-old Kuol returns to the normality of school on Monday morning.

His senior career for the Central Coast Mariners is a little over three hours old and his Wikipedia entry is just two paragraphs long.

He has scored four goals across nine substitute appearances for the Mariners and while he didn't get on the scoresheet, he looked at home against a Barcelona side that contained the likes of Sergio Busquets and Dani Alves.

"Dwight Yorke told me he was 16 or 17... it was a big surprise," Xavi said. "He was very fast and we conceded two or three chances because of him.

"He's a great player and he has a great future, he is a talent that is obvious."

Garang Kuol of the A-League All Stars dribbles the ball past Barcelona's Adama Traore. Getty Images

All Stars and Mariners teammate Jason Cummings described the teen as a "wonderkid" while Yorke admitted to being "unsure" about the slight teen when he got into camp. Kuol made sure he left a lasting impression. He had two darting runs, which caught the Barca defence out with one effort going wide by an inch and the second rattling the woodwork.

"That's just an honour, isn't it? To have a player like Xavi talking about me," Kuol said. "I was watching him back then when he was dominating with [Andres] Iniesta.

"I swapped shirts with [Pierre-Emerick] Aubameyang and, yeah, life goes on."

Kuol is following the trail blazed by older brother Alou, who left the Mariners last year to join Bundesliga side Stuttgart.

If his career continues on this trajectory, Europe could soon be on his radar.

His rise might come too early to earn selection in the Socceroos squad for next month's qualifiers, but if Graham Arnold or his successor wants a genuine game-changer Kuol could be an option.

Even for an unassuming teenager, Kuol was more than happy to take a crack at his older brother.

"Alou always knew what was going on and that I was better than him," he joked. "It was a great experience to play against some of these top players and hopefully I can be up there one day.

"I play with a lot of freedom, I just try to have an effect."