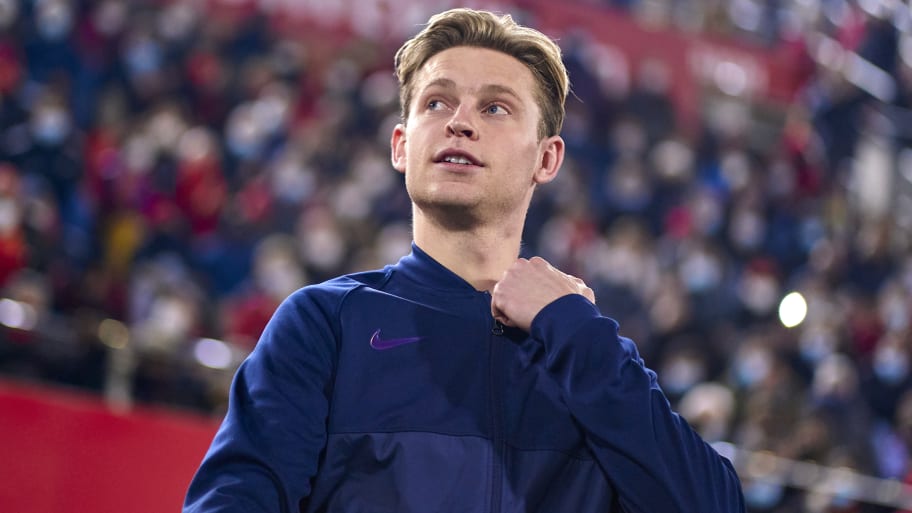 Barcelona have revealed that Ronald Araujo, Ansu Fati, Pedri, Frenkie de Jong and Ferran Torres have all travelled with the squad to face Real Madrid in the Super Cup semi-final on Wednesday.

Fati was confidently expected to make his return from a hamstring injury in this one, but there were real doubts over the other four.

Pedri and Ferran Torres were both isolating after contracting Covid-19, Araujo underwent hand surgery in the build-up to the game and De Jong missed the 1-1 draw with Granada with a muscle strain.

However, Barcelona have now revealed that all five are fit and healthy, and they are all in line to feature in Wednesday's Clasico.

For Torres, it would be his competitive debut for Barcelona following his £55m move from Manchester City. He has finally been registered in the squad, with Philippe Coutinho's departure and Samuel Umtiti's surprise contract extension helping to free up the required funds.

Manager Xavi still has a handful of injury issues to contend with, the latest of which involves centre-back Eric Garcia.

The Spaniard has been ruled out for around five weeks with a hamstring injury, so Araujo's return comes as a welcome boost.

Elsewhere, Sergi Roberto continues to recover from surgery on a hamstring issue, while Martin Braithwaite is still working his way back from a knee injury.

Barcelona are winless in their last five meetings with Real Madrid, falling to defeat in four on the bounce, including the 2-1 loss at Camp Nou earlier this season.