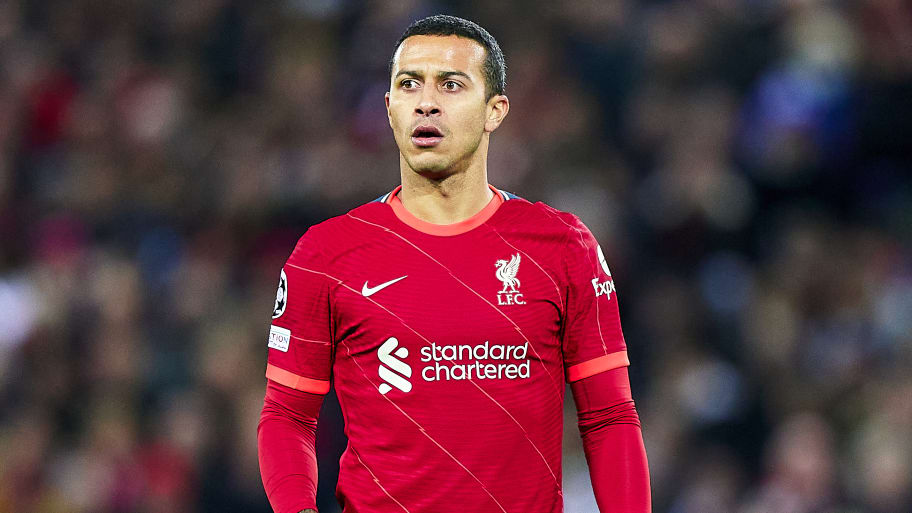 Barcelona are once more being linked with another of their former players as Camp Nou legend Xavi looks to ex-teammate Thiago Alcantara in the January transfer window.

Xavi returned to the club to take control as head coach earlier this month and has already been aided by the addition of long time ex-Barça teammate Dani Alves.

The veteran Brazilian full-back, who won 19 of his Barça trophies alongside Xavi - including three Champions League titles, is thought to have been signed at the request of the new boss after the prospect was initially dismissed by others at the club.

Now, Liverpool midfielder Thiago is seemingly on the radar in Catalonia.

Thiago made his Barcelona debut in 2009 and became a first-team regular in 2011. But his stay was ultimately brief, joining Bayern Munich in the summer of 2013 and establishing himself as one of the best midfielders in the world during seven years in Germany.

SPORT reports that Xavi wants Thiago to return to Camp Nou, informing president Joan Laporta of his wishes ahead of the January window opening in six weeks. It is also claimed that Thiago, who left the first time when he was only 22, would be open to the possibility.

Thiago has shone for Liverpool when fit but injuries and struggles for fitness have plagued his time at Anfield so far. He missed most of the first half of last season and was limited to only 20 Premier League starts as a result, while he has already missed two months of this season.

Injuries and financial trouble have left Barcelona’s squad a shadow of what it was. Lionel Messi proved to be one of the casualties during the summer when the club was unable to offer him a new contract and the number of injuries so far this season could make a whole starting XI.

This article was originally published on 90min as Barcelona eye Liverpool's Thiago after re-signing Dani Alves.