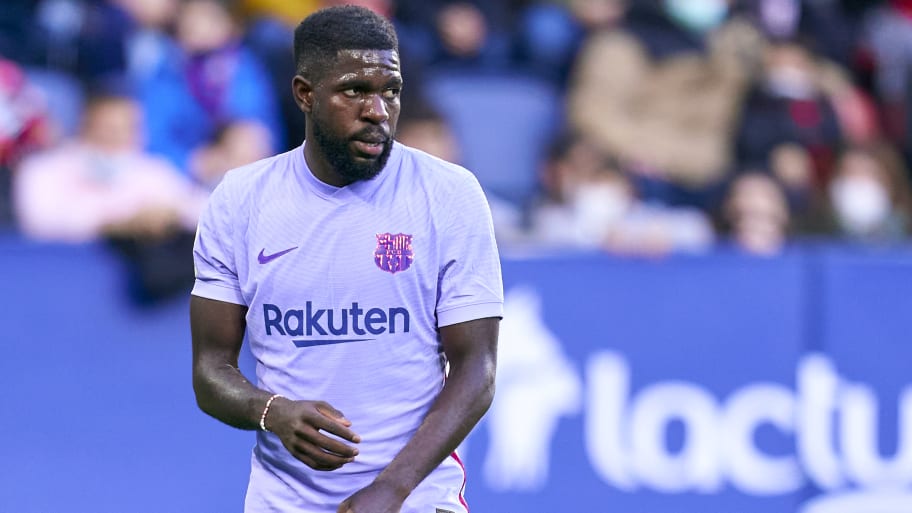 Barcelona defender Samuel Umtiti has signed a new contract at Camp Nou, tying himself to the club until 2026.

Umtiti is on the transfer list at Barcelona after years and years (and years) of injury woes have prevented him from being a first-team regular, and those in charge were looking to sell him this January in order to free up the money to register new signing Ferran Torres.

Nobody wanted to sign Umtiti, so Barcelona have taken the logical step of...renewing his contract for an extra two years?

Now, this isn't overwhelmingly awful. The point of the extension, as Barcelona make abundantly clear in their announcement, is to lower Umtiti's salary enough so that there is enough room in the wage budget to register Torres. Job done.

Umtiti has agreed to lower his salary but extend his deal until 2026, with the salary that he was due to receive in the 18 months he had left on his previous contract spread out until that point.

Barcelona haven't actually committed any more money to Umtiti, but we've now got an extra four years of them trying to offload the outcast to enjoy.

If they can find a buyer this month, Barcelona will still listen to offers for Umtiti. They don't actually want him around until 2026, but now that he has slashed his wages, he's not as much of an urgent problem as he once was.

The hope is that, now that he earns less, it might even be easier to offload Umtiti. Whisper it quietly, but that's actually pretty smart.