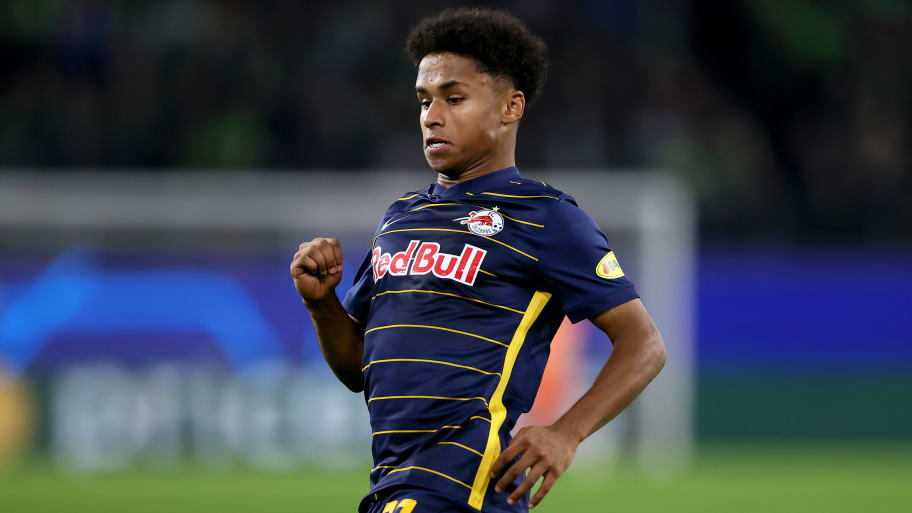 Barcelona are interested in signing Karim Adeyemi from Red Bull Salzburg and could even table an offer this week.

Adeyemi is the latest in a long line of young talents to emerge from the Red Bull football network. The 19-year-old has started the season in terrific form, netting 11 Austrian Bundesliga goals in just 13 appearances.

He has caught the eye in the Champions League too, scoring three times and registering an assist in four games. Adeyemi has even earned international recognition despite his tender years - making his senior Germany debut in September.

Salzburg have sold several of their stars in recent times, including Erling Haaland, Dominik Szoboszlai and Patson Daka, and Adeyemi is set to become the latest high-profile departure in the not-too-distant future.

Liverpool, Bayern Munich, Borussia Dortmund and Barcelona have all been linked in the past and according to Sport, the latter are ready to step up their interest.

Barça are apparently ready to bid €40m for Adeyemi, as well as offer him a five-year contract at Camp Nou. Dortmund, another side very much in the running, are only able to offer €35m and also would not be capable of matching Barcelona's wages.

However, as 90min reported last month, RB Leipzig is another likely destination. The Red Bull football network is eager that the starlet remains in their framework and they are hopeful that a 2022 move to their German club can be agreed.

Former teammate Szoboszlai is one of several players to make a similar move in the past, and Adeyemi is believed to be delighted with how he has been treated by the organisation since moving to Salzburg in 2018.

Manchester City, Juventus and Inter are also monitoring the situation closely as the race for his signature heats up.

This article was originally published on 90min as Barcelona interested in RB Salzburg's Karim Adeyemi .